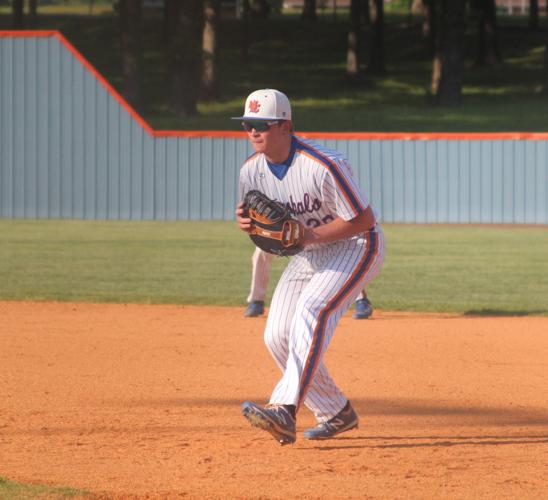 First-baseman Jace Driver prepares to field a grounder in the Marshals game against Caldwell County. 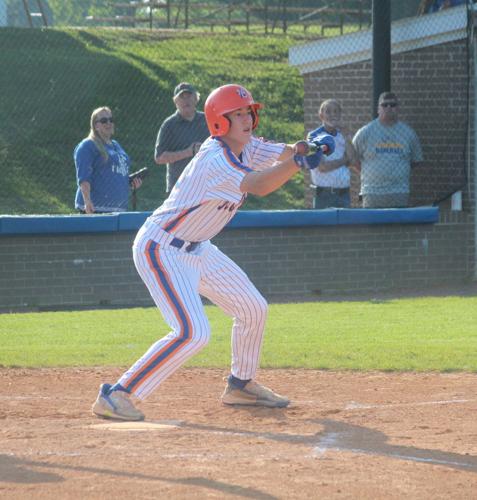 Third-baseman Gavin Clark bunts at bat in their game against Caldwell County.

First-baseman Jace Driver prepares to field a grounder in the Marshals game against Caldwell County.

Third-baseman Gavin Clark bunts at bat in their game against Caldwell County.

The Marshals fell to the Lyon County Lyons in a barely-there 1-0 loss after the Lyons scored a run in the fifth.

The Marshals totaled five hits and one error.

The Marshals hosted the Carlisle County Comets at home, recording a 9-3 loss during their weekend game. The Comets got off to an early start, securing six runs in the second. Marshall retaliated at the bottom of the second after a ground ball by Maddox Cope, sent Evan Oakley home and put them on the board. The Marshals scored another run in the third after Ethan Landis sent a sacrifice fly to right field, and Parker Gibbs scored. Carlisle scored another run in the fourth, and put up two more in the sixth. Gavin Clark scored Marshall’s last point in the seventh on a ground ball by Landis.

The Marshals hosted the Caldwell County Tigers, winning the game 8-4. The Tigers came out swinging, immediately putting a run on the board at the top of the first. At the bottom of the second the Marshall scored their first run when Alex Staples stole third base and made it home on an error by Caldwell’s catcher. Jace Driver also scored in the second on a ground ball by Gavin Clark. The Tigers tied up the game 2-2 in the sixth, but Marshall quickly retaliated, scoring six runs in the bottom of the sixth. Caldwell scored two more runs in the seventh, but could not overcome Marshall’s lead.

Clark went 2-for-3 with two RBI. Driver went 1-for-2 with one RBI. Whiteside posted one RBI and Mannon posted two RBI. The Marshals totaled four hits and four errors.

E. Oakley Picked up the win after pitching all seven Innings with six hits, four runs, and 10 strikeouts.