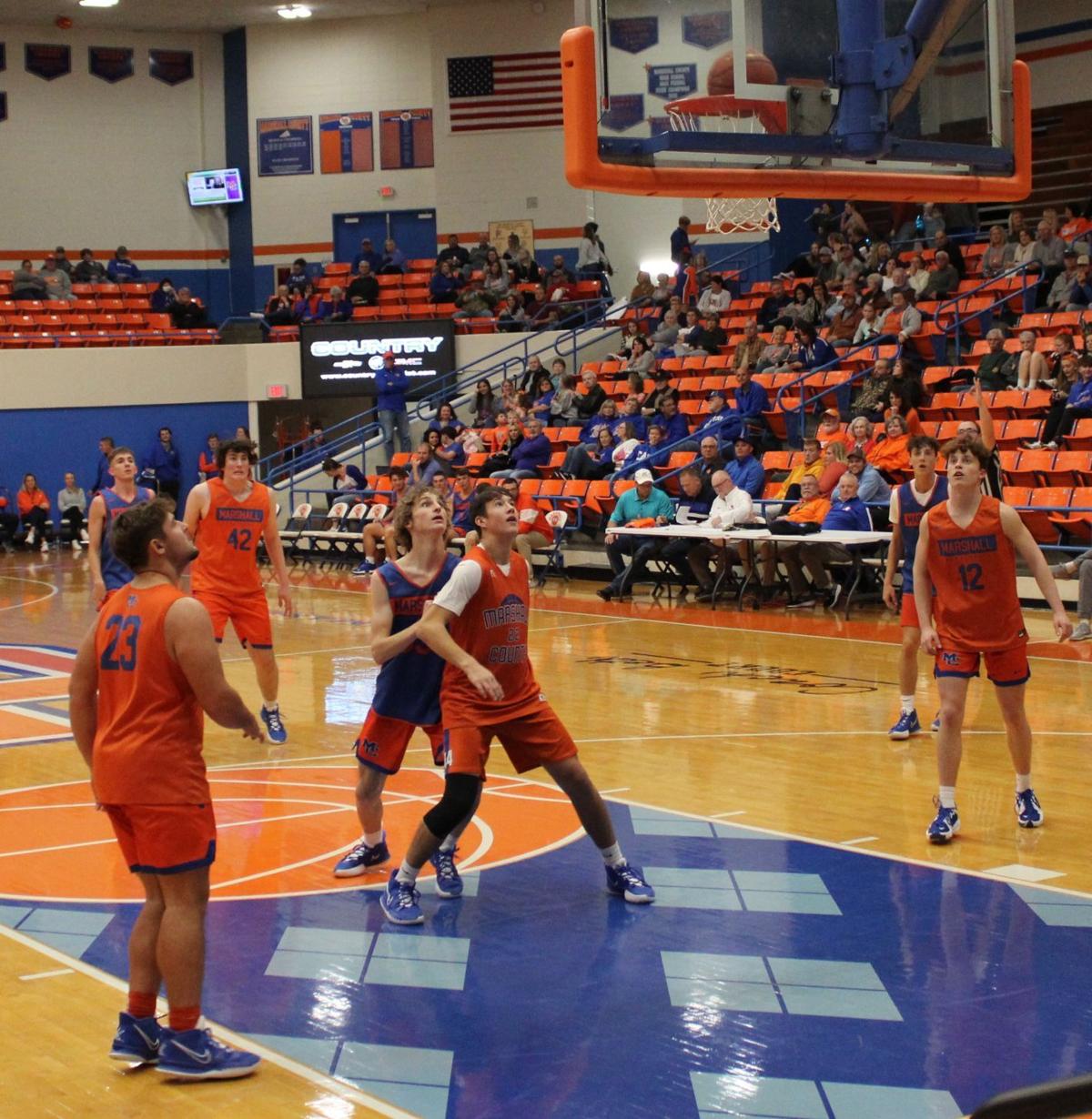 Marshall County boys basketball players go in for the shot. 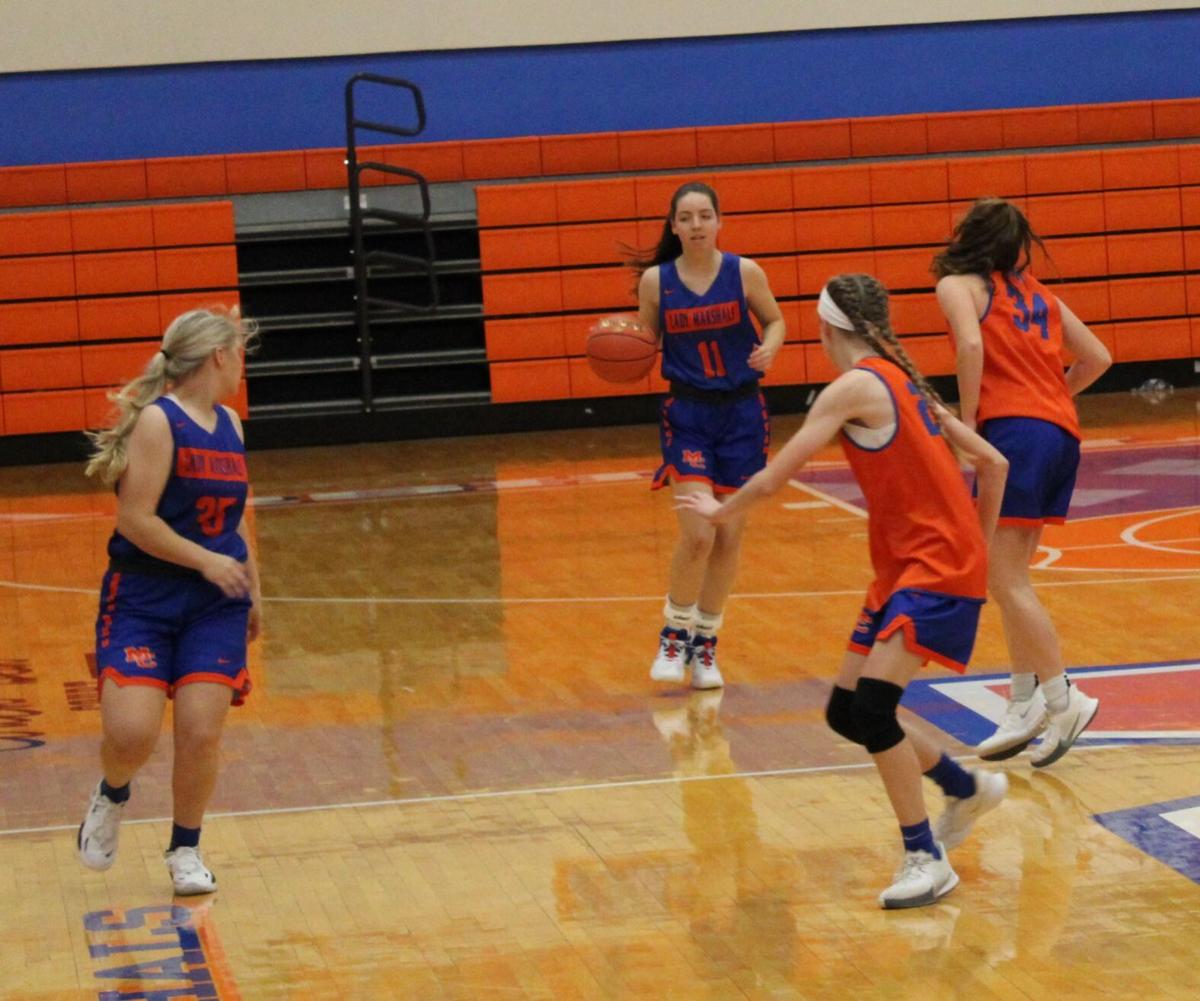 The Lady Marshals play during a scrimmage at Big Orange Madness on Nov. 20. 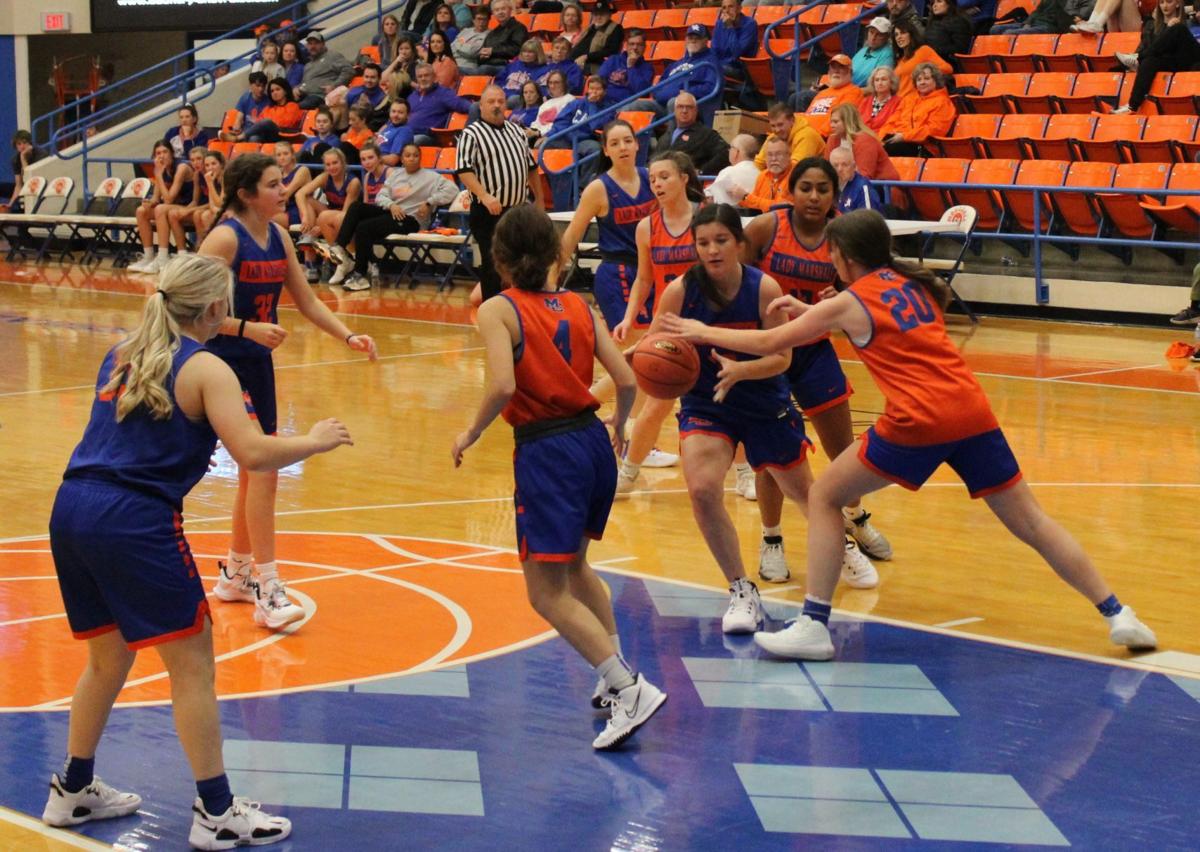 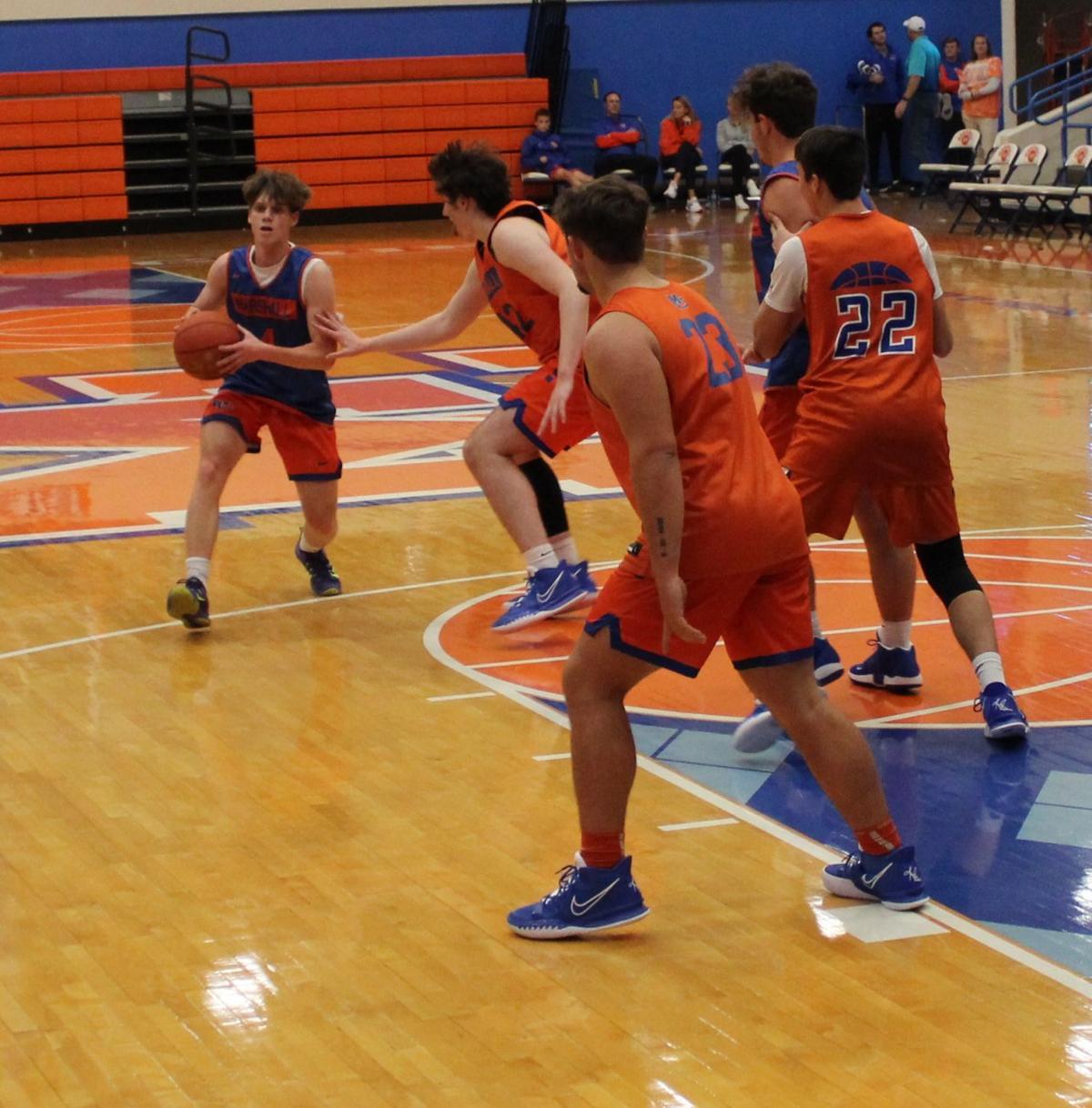 Marshall County boys basketball players go in for the shot.

The Lady Marshals play during a scrimmage at Big Orange Madness on Nov. 20.

The Marshall County Marshals and Lady Marshals will take the floor for the first time since last March this week as they kick off another highly anticipated season in First Region Play.

Sixth-year head coach Terry Birdsong and the Marshall County Marshals will have their work cut out for them this season following the graduation of leading scorer Zion Harmon (22.3 ppg).

Harmon was the heartbeat of the Marshals offense over the last two seasons, leading MCHS to the First Region championship game in 2020 and a second round meeting with McCracken County in 2021.

With the loss of Harmon, Birdsong said the identity of this year’s team will have to start with their defense.

“We have to become better defensively and be able to control tempo a little better,” Birdsong said. “The last couple of years we could outscore many teams, but this year we have to make sure we play the game at a speed and pace that gives us the best chance to win. Not playing slow, but playing smarter and valuing possessions more, even when it requires us to become more selective.”

Although replacing Harmon’s points will be no easy feat, the Marshals will return a number of impactful roster pieces, starting with junior Cole Mills.

Mills (10.4 ppg) is the Marshals’ only returning player with double-digit scoring but will be poised for a breakout season this winter.

Newcomers and under-the-radar players to look out for include guards Wade Moore and Trey Wall and forwards Hunter Wallace and Orrin Phelps.

Looking back on last season’s inconsistent schedule due to COVID-19, Birdsong said he hopes to see this season return to normalcy.

“Hopefully this year will be much better, with less distractions,” Birdsong said. “We only played 22 games total last year and had two 11 day breaks between games. Plus, like other teams, we had guys in and out of the rotation. The kids know there is always the chance for interruptions but hopefully it will not be as big an issue for us as last season.”

Marshall County will open the season this week with matchups against Massac County and Owensboro, before taking on First Region opponents Graves County, Murray and McCracken County before the end of December.

To say it will be tough to top the Lady Marshals’ 2020-21 season would be the understatement of the century.

Coming off a narrow 49-47 loss to Sacred Heart in the KHSAA Girls Sweet Sixteen championship game, third-year head coach Aaron Beth and the Lady Marshals will look to reload this season with hopes of another deep playoff run.

With a strong core trio of talent leading the way, Beth said his expectations remain high this winter.

“I hope we will put ourselves in a situation where we will be competing for another regional title,” Beth said. “I know we have a long way to go from where we are right now, but I think this team has a huge upside and will improve as the season moves forward.”

In addition to the returning talent, Beth said he expects to see a multitude of young and experienced players make a jump this season.

“Neely Northcott is another senior and will play a bigger role than she has in the past and Mia Teague is a junior that I am expecting big things out of this season,” Beth said. “Freshman Skylar Waller will also have a big impact on the success of this team. She averaged 19 points and seven rebounds per game last season for Calloway and has two years of varsity experience even though she is just a freshman. We have several other players that will be competing for starting positions and varsity playing time, so we’ll just have to wait and see who steps up and earns those spots.”

The Lady Marshals will kick off their season this week with matchups against Lyon County and Clarksville Academy at the Marshall County Hoopfest.

Following its opening week slate, Marshall’s competition will heat up with games against Graves County, Murray, McCracken County and Rockcastle County before the end of the calendar year.