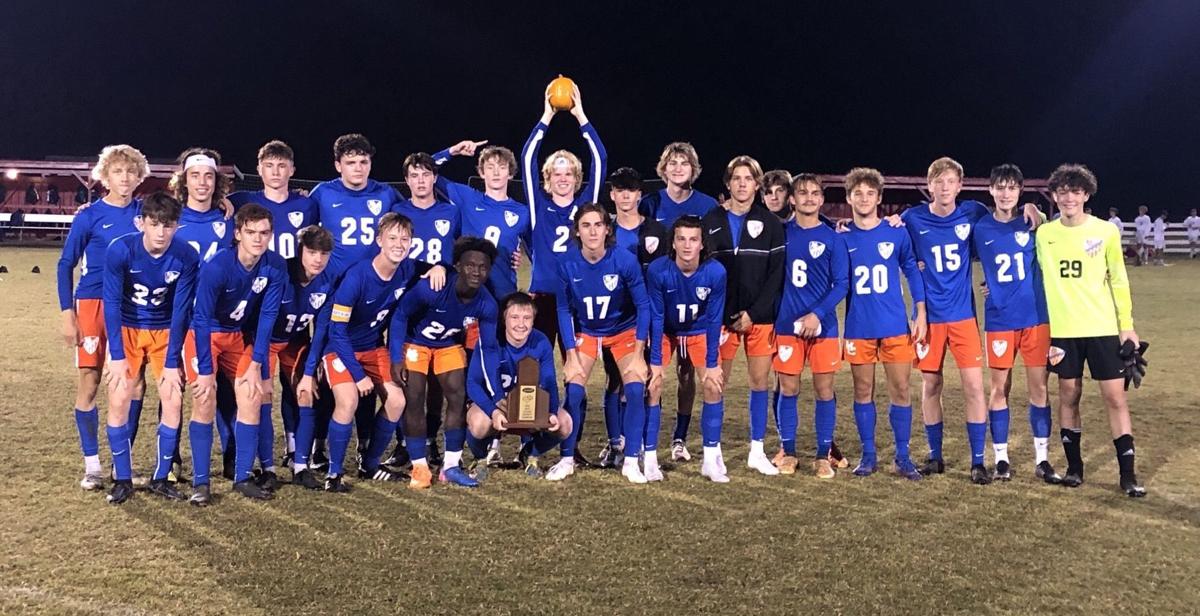 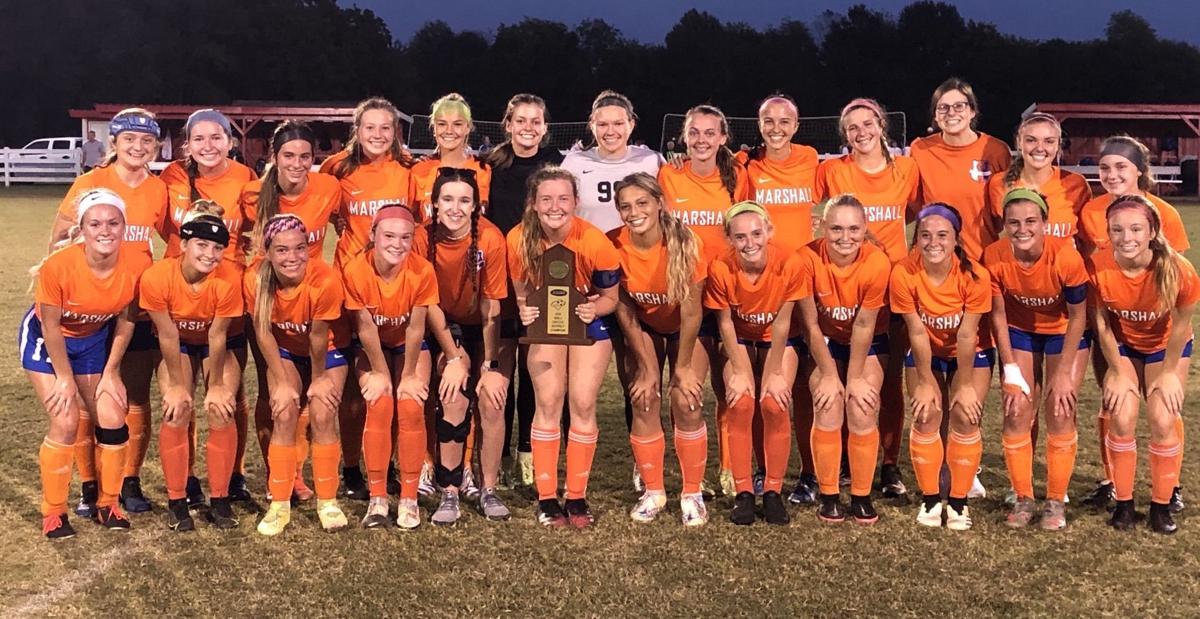 Both teams, along with the First District’s McCracken County and Paducah Tilghman, will advance to this week’s First Region tournament, which the Lady Marshals will host beginning today (Tuesday).

Kelsey Crass got Marshall on the scoreboard in the match’s seventh minute off Mia Teague’s free kick try. The Lady Marshals (18-3) kept the score stable for 14 more minutes until Graves County’s Hadley Looper scored from her free kick that slipped by Marshall County keeper Parker Perry to tie things.

With six minutes left in the first half, Teague scored her goal from Zoe Maxlow’s corner kick for the go-ahead, 2-1. Head coach Michael Boone said the game was beginning to be physical at that point, and stressed to his squad at intermission to remain calm.

“Just kind of be composed. We kind of got into a kickball match there in the middle of the game and wanted to settle things down,” he said. “We’re a possession team and we don’t necessarily have to force it down the middle.”

Coming out of halftime in the first minute, the Lady Marshals’ Kallen Fuller sealed things with an assist from Maxlow that she placed into the Lady Eagles’ goal.

“That’s just hard work from Zoe and good finish from Kallen to give us a little distance,” Boone added.

Three yellow cards were given in the match — Teague picked hers late in the first half, then Graves’ Nealey Jackson and Ellie Carter were both given cards in the second half.

For Lady Eagle coach Gerardo Herrera, he was thinking back to 2016 when his club lost in the district championship match to Murray High, but came back in their regional title rematch to claim the tournament’s title.

There is still the chance the two district teams could face off again for the 2021 regional crown. The Lady Eagles (14-4-1) will take on First District winner McCracken County at 7:30 p.m. tonight while Marshall will play Tilghman in the opener at 5 p.m. at Colburn Stadium.

The championship will be Thursday at 6 p.m.

After Calloway County endured a marathon match with crosstown rival Murray Wednesday that was decided by a 2-1 margin after penalty kicks, the Lakers came out to face a Marshall County club that had won 16 matches including its last six.

The Marshals (17-2-2) pounced and scored all four of their goals in the first 22 minutes en route to a 5-1 victory and Second District championship. It marked the fourth consecutive district title for Marshall’s boys.

“We’ve been doing that all year,” Marshals head coach Bryan Blevins said after the game. “Especially tonight, because last night (Calloway) played 90 minutes. Knew they could come in a little tight and if we could just jump on them and that’s what we did.”

Collin Riley was the first to jump with a close shot four minutes in, which was followed two minutes later by Colin Shadowen’s header off a pass from Jericho Evans, 2-0.

Logan Parker then provided back-to-back goals in the 19th and 22nd minutes of the first half. Parker’s first was a grounder to Laker keeper Jacob Akin that he appeared to snag, but the top spin kept the ball rolling and made it through Akin’s legs and into the net.

It would then take nearly the entire second half before Evans buried his own with three minutes left for the final.

Marshall County were to travel to McCracken County Monday for their regional tilt, along with the Lakers and St. Mary. The Marshals were to face the Vikings while Calloway will meet the Mustangs. The title match is scheduled Wednesday at 6 p.m.