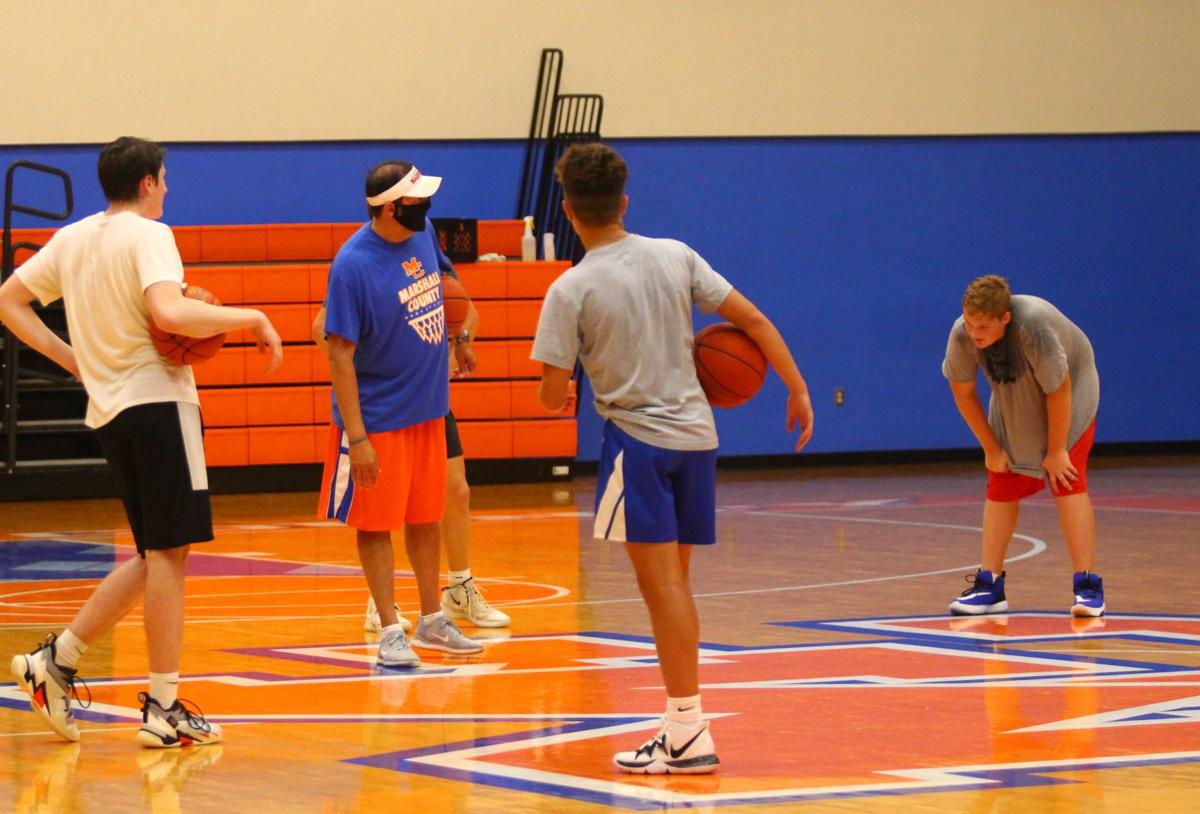 Coaches are required to wear masks at practice. The Marshals are divided into groups that practice in one hour segments in order to maintain social distancing. 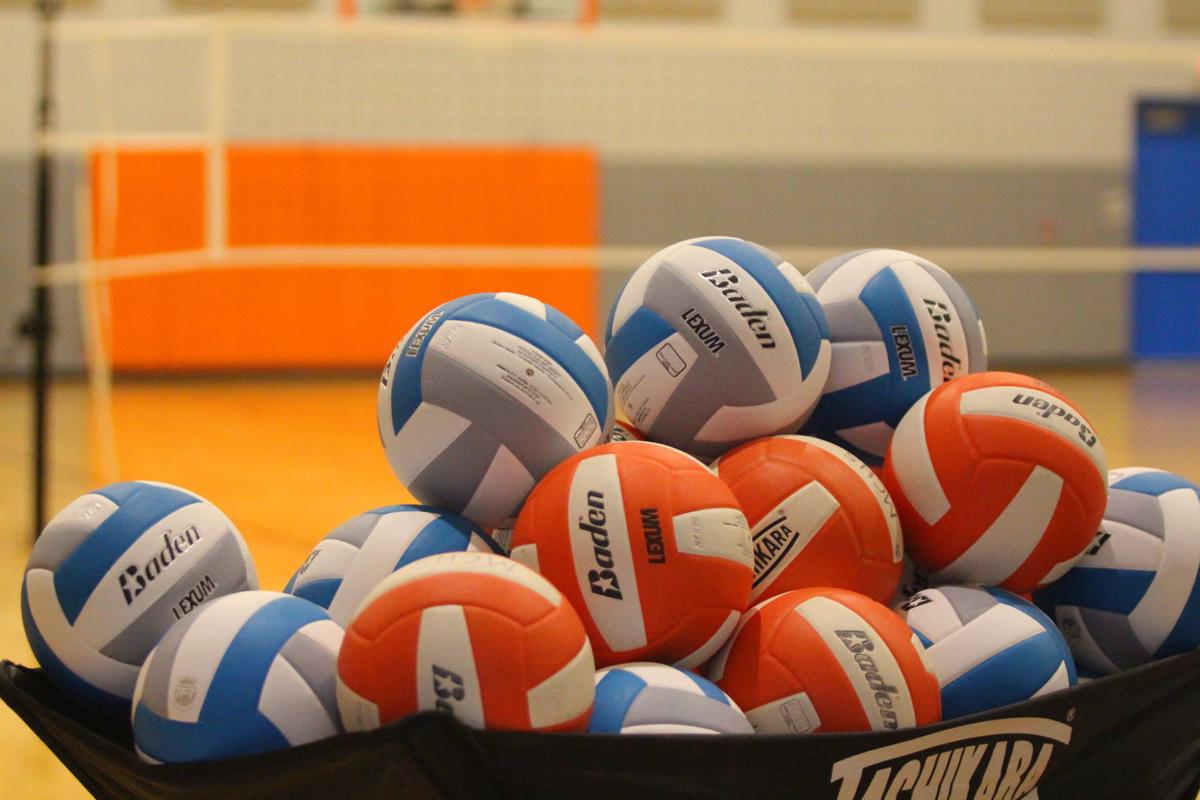 The Lady Marshals have returned to practice but with several restrictions. Each player is issued their own ball while at practice and is responsible for that ball. Passing balls between players is not allowed during this time.

Coaches are required to wear masks at practice. The Marshals are divided into groups that practice in one hour segments in order to maintain social distancing.

The Lady Marshals have returned to practice but with several restrictions. Each player is issued their own ball while at practice and is responsible for that ball. Passing balls between players is not allowed during this time.

This week marked a first for high school athletes across Kentucky. Students donned team gear, met at school facilities, and participated in training organized by coaches all during what has been referred to as “dead period.”

Dead period is a two-week span in the summer June 25-July 9 that includes no communication between coach and players, no use of school facilities, no wearing of team apparel, and no practices.

This summer, the KHSAA dismissed summer dead period to allow coaches and athletes the opportunity to gradually phase in the new restrictions and guidelines for practice during a pandemic giving a new look to summer practice.

Volleyball met in the A-gym while basketball practiced in the main gym. Teams were subdivided into groups that practiced in one-hour blocks. Each athlete would enter the gym to have his/her temperature taken and recorded by the coach. They were to remain socially distanced until their block of time.

Each student was assigned a ball that was only their ball for the remainder of the practice. Throughout drills and exercises, each athlete was responsible for their own ball, thus eliminating the chance of exposure to one another’s bodily fluids. At this time in the KHSAA’s phased-in practice restrictions and guidelines, players are not allowed to simulate game play.

Coaches are to wear masks at all times. While wearing his mask, Coach Terry Birdsong explained that beginning practices during this dead period has shifted the scope of practice from mandatory to voluntary. He went on to explain that many families use the dead period to schedule family vacations, sometimes a year in advance. This is yet another ripple effect that is felt from COVID19.

Athletes’ families are not the only subjects of this shift. Coaches and their families also use this two-week time, as the case for the Lady Marshals volleyball team. The coaching staff stepped in to place to cover their own missing members during the previously scheduled dead period.

School officials are anxiously awaiting the latest KHSAA restrictions and guidelines. On May 29, 2020, KHSAA Board of Control issued the COVID19 Return to Participation in Sports and Sport-Activities Guidance for High Schools and Middle Schools. This included Foundational Principles effective June 1, 2020. These principles were revised June 11, 2020, and June 15, 2020, reflecting a change or updating of principles date of June 29, 2020. As of printing, no update had been posted.

Guidelines and restrictions have yet to be set regarding return to a fall schedule. Some team schedules are incomplete, but at this time, boys soccer will kick off fall sports. The 2019 Region One Champions will take on the Tilghman Tornados in Paducah on August 10. Football is the next in line, hosting Ballard Memorial on August 21. The 2019 Region One Champion Lady Marshals will host Henderson County at Colburn Stadium on August 22, and the Lady Marshals volleyball team will head to Murray August 25.