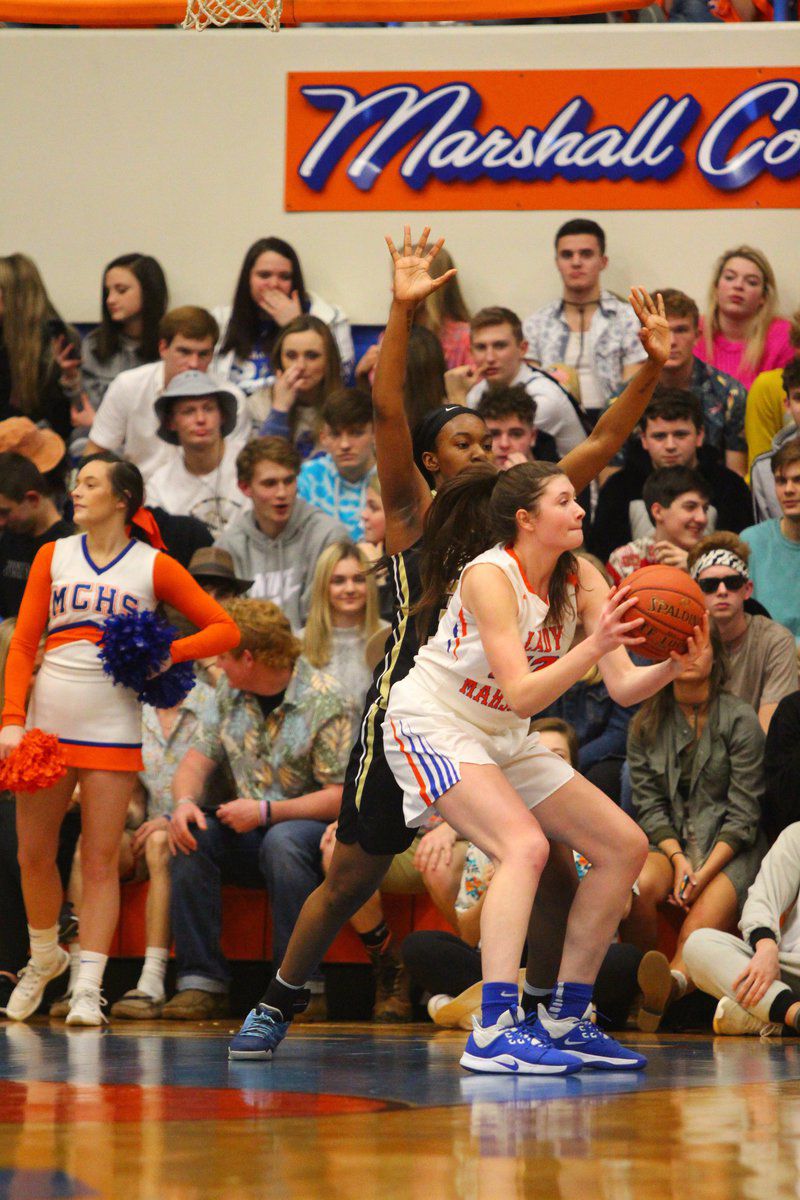 Marshall girls took a season sweep of the Lady Tigers with forward Halle Langhi and center Jamera Jones facing off under the basket. 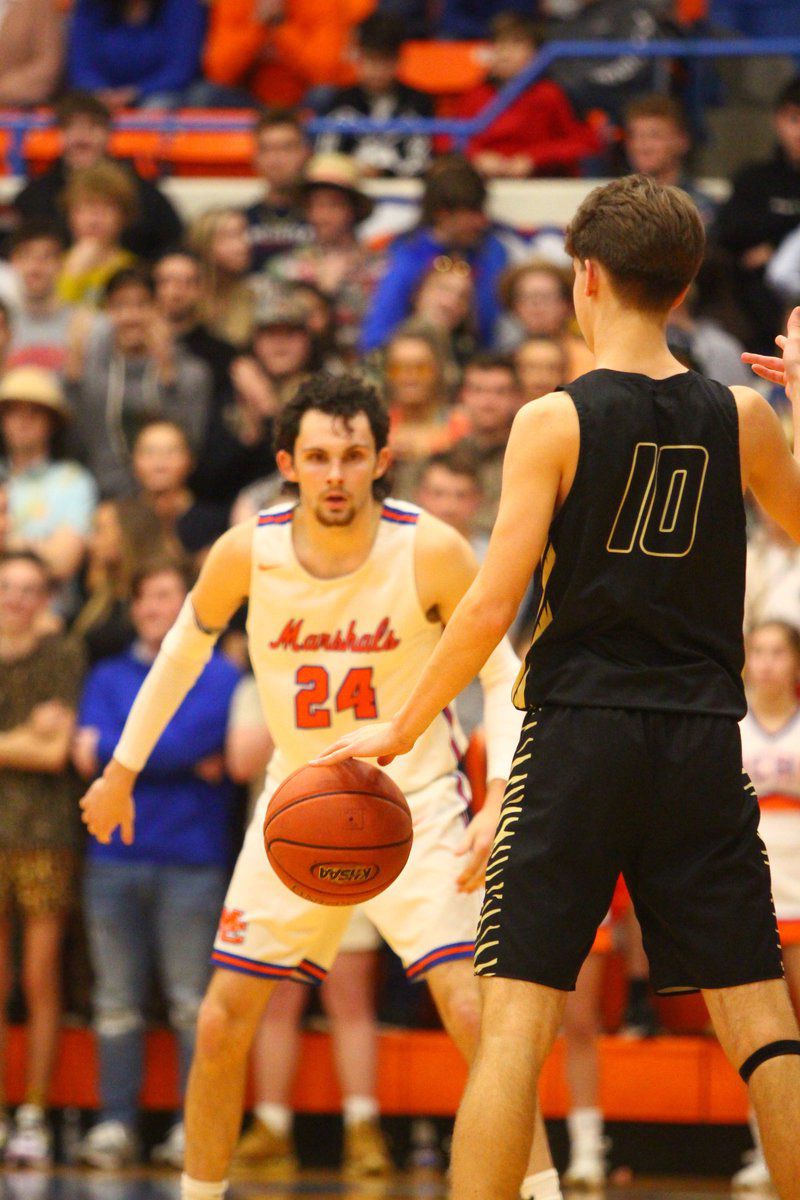 Bryce Flatt stayed hard at work to shut down high scorer Grant Whitaker in the Marshall/Murray battle for top seed in the district.

Marshall girls took a season sweep of the Lady Tigers with forward Halle Langhi and center Jamera Jones facing off under the basket.

Bryce Flatt stayed hard at work to shut down high scorer Grant Whitaker in the Marshall/Murray battle for top seed in the district.

DRAFFENVILLE -- With only two weeks left in regular season basketball, two District Four schools did battle for their rank heading into district tournament action. Marshall County hosted Murray for their second meeting of the 2019-2020 year, taking a sweep Tuesday evening and a sweep for the season.

Murray's fall at home to the Lady Marshals earlier in the season broke a 16-game winning streak between the two teams dating back to 2014. The two teams traded baskets for the first quarter until Murray started to break away with back to back three's by Angela Gierhart, taking a four-point lead at the first buzzer.

There was no room for error by either team in the fourth. The Lady Marshals began to pull away. They took a seven-point lead with seconds left on the clock and bounced the remaining time away to a Marshall County win.

Grant Whitaker was the Tiger to shut down as the Marshals took on Murray. Whitaker took the first two of 26 points just seconds into the ballgame. Bryce Flatt opened the scoring for the Marshals, and the two teams seemed evenly matched until Marshall pulled away to a six-point lead at the end of the first quarter.

Murray made an impressive comeback in the second quarter from 12 points to two with 16.9 left in the half. Stokes took a basket and a foul giving the Marshals three to take a five-point lead at the half.

Neither team had any intention of leaving with a loss as they traded ties for leads throughout the third quarter heading into the fourth 45-45. Whitaker put the Tigers up by two which Zion Harmon quickly tied, all in less than a minute.

Gabe Taylor landed a three for final lead change for Murray. Two minutes later, the Marshals were back on top with two free throws from Harmon. With only 1:07 remaining in the game, Marshall County took a one-point lead to five and a top rank in the district.