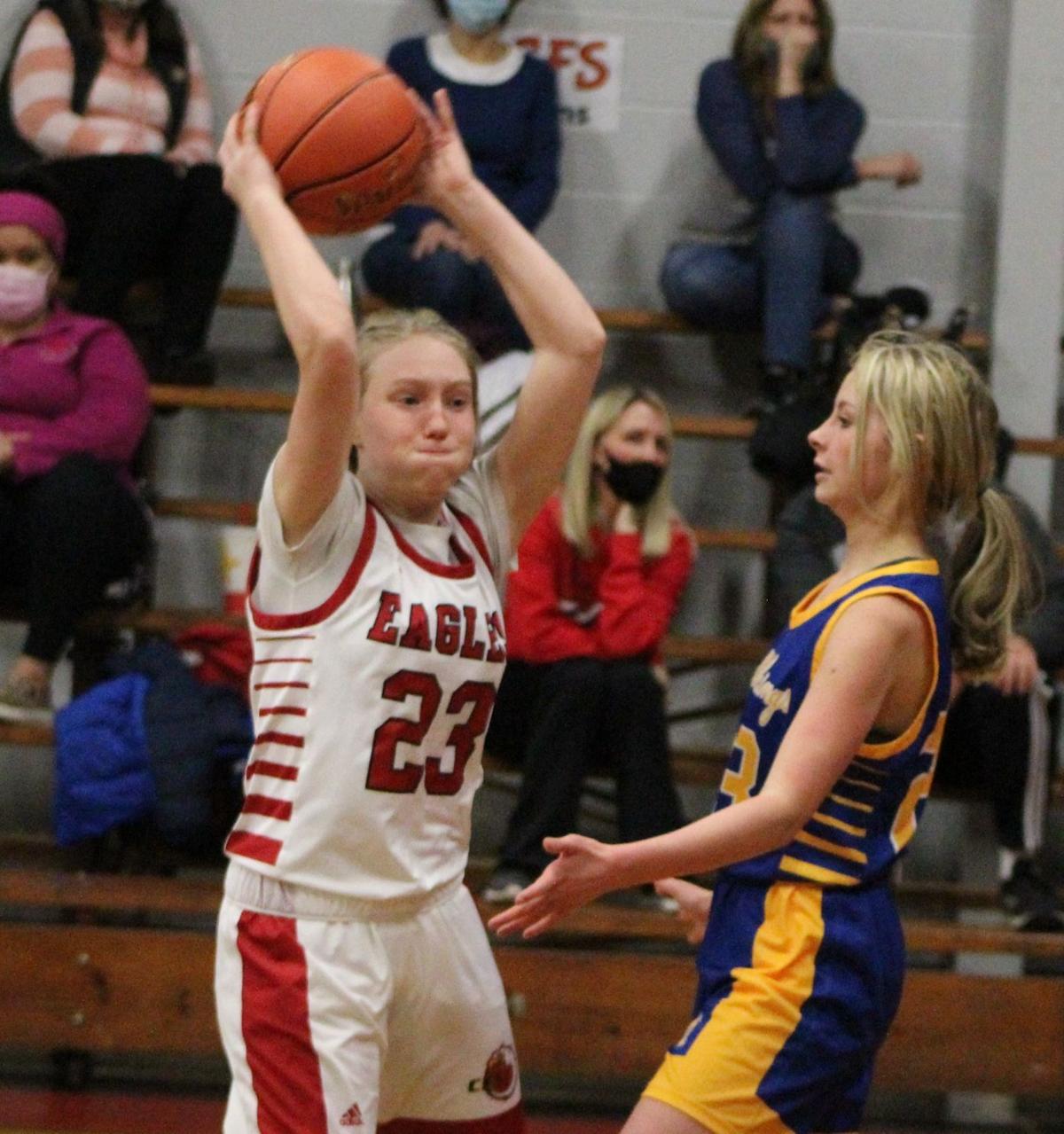 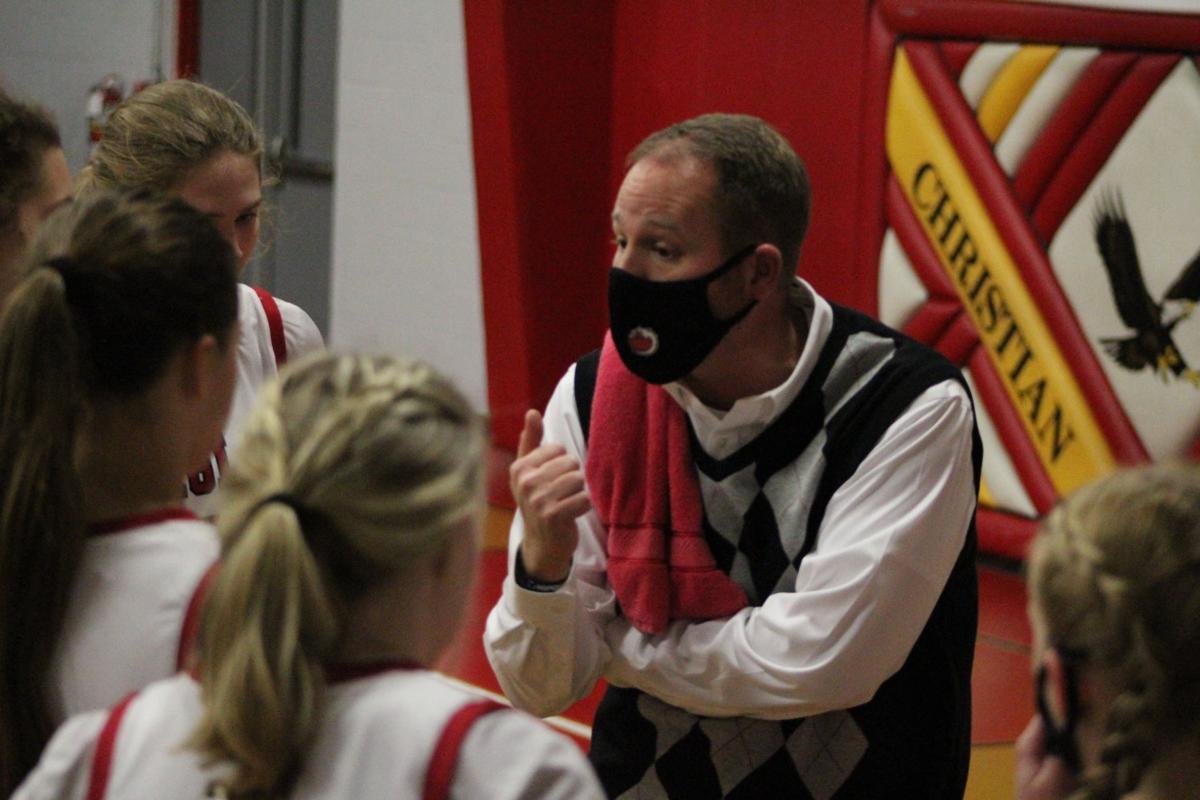 Christian Fellowship coach Trevor Jackson talks to his team during a time out.

Christian Fellowship coach Trevor Jackson talks to his team during a time out.

Todd County Central 51, CFS 38Too many turnovers and a streak of luck for their opponent, the Lady Eagles found themselves with a loss on opening night. Despite being up after the first quarter, Todd County went on a 18-7 run. Christian Fellowship cut the deficit in the second half but the Lady Rebels defensive strategy pushed the lead back up. Gracie Howard led the show with 17 points while Lillian Burnett finished with 15.

Coming off a win against Fulton City, the Lady Eagles scored 39 points in the first half, leading the Lady Vikings by 17 points. Lillian Burnett led the night with 23 points, followed by Gracie Howard’s 17 and Alyssa Warren’s 11. Joining in on the fun, Rhema Howard finished the night with 12 rebounds and six total points.

Carlisle County 57, CFS 44Despite Gracie Howard’s efforts, it wasn’t enough to take down the Lady Comets on Friday night. Lillian Burnett and Jayden Jackson posted 17 points between the two of them assisting Howard. The Lady Comets struck first early and never looked back, allowing multiple ladies to join in on the fun scoring.