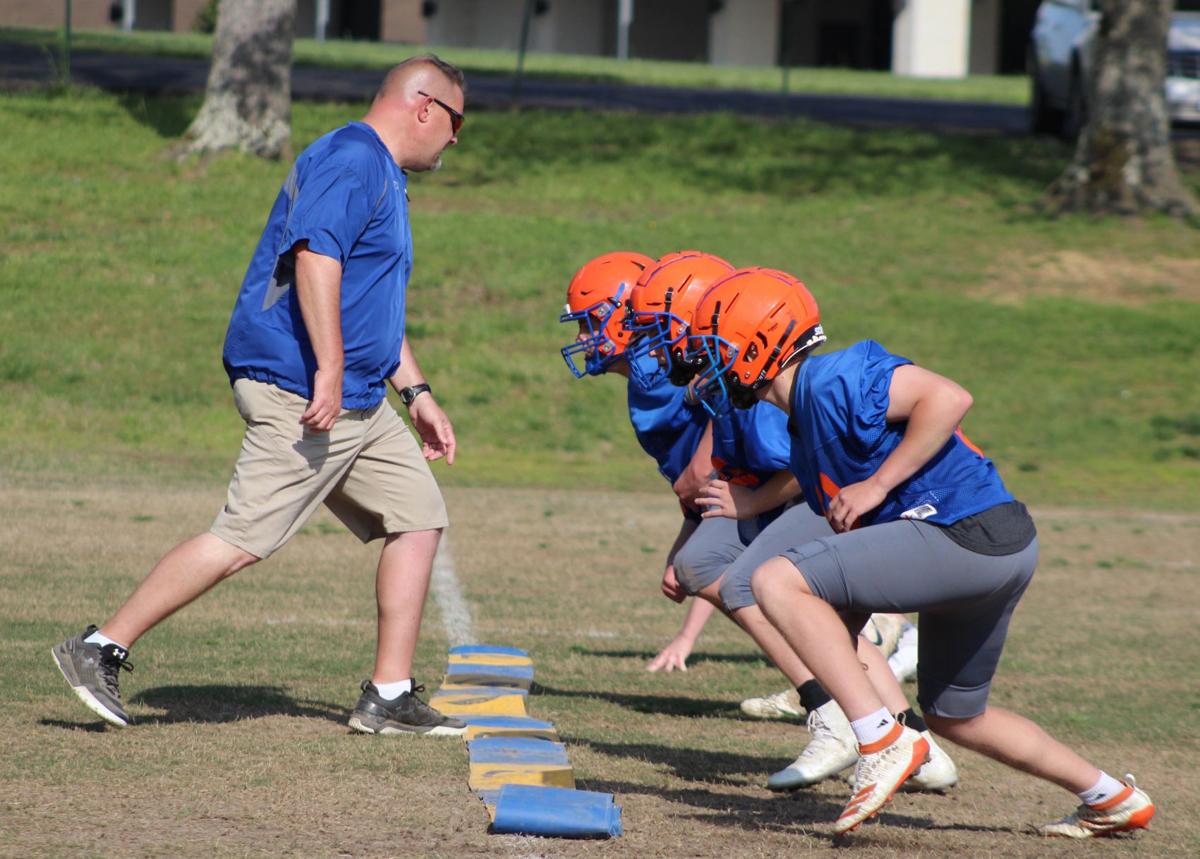 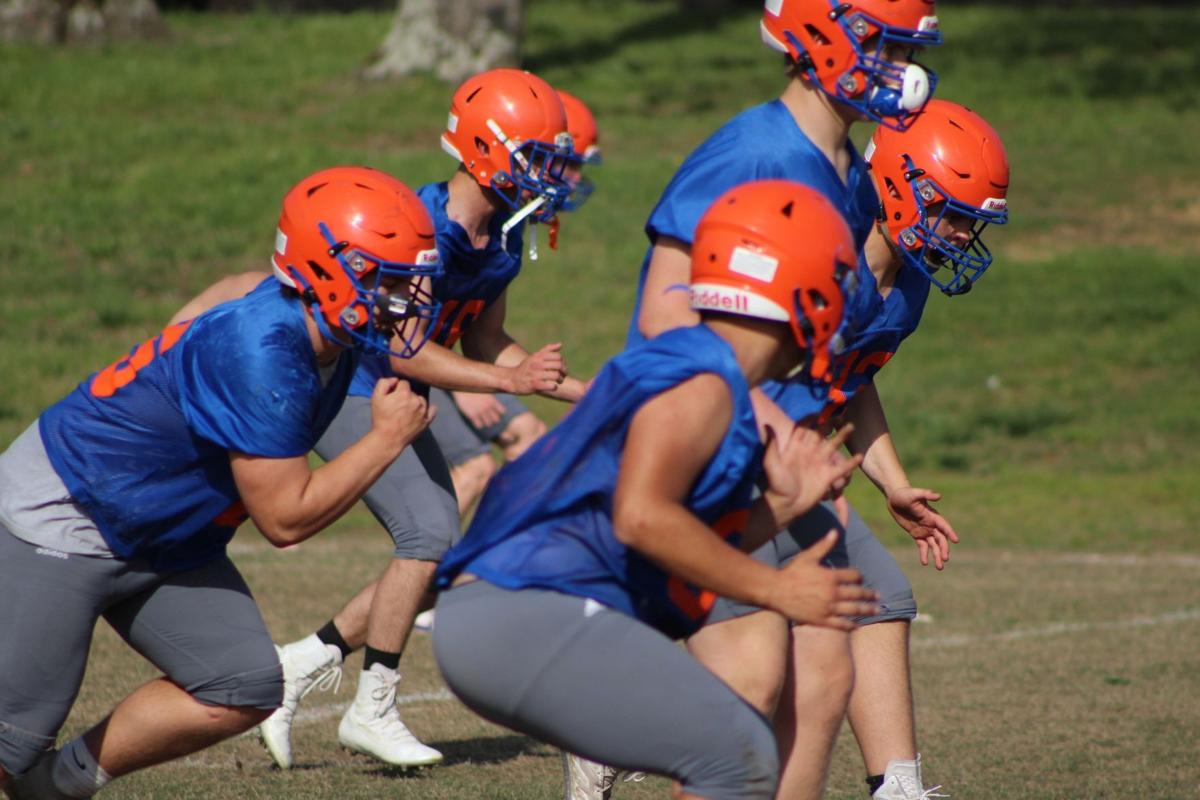 The Marshals’ defense works on several plays during spring practice in preparation for the summer and eventually the 2021 Class 6A season. 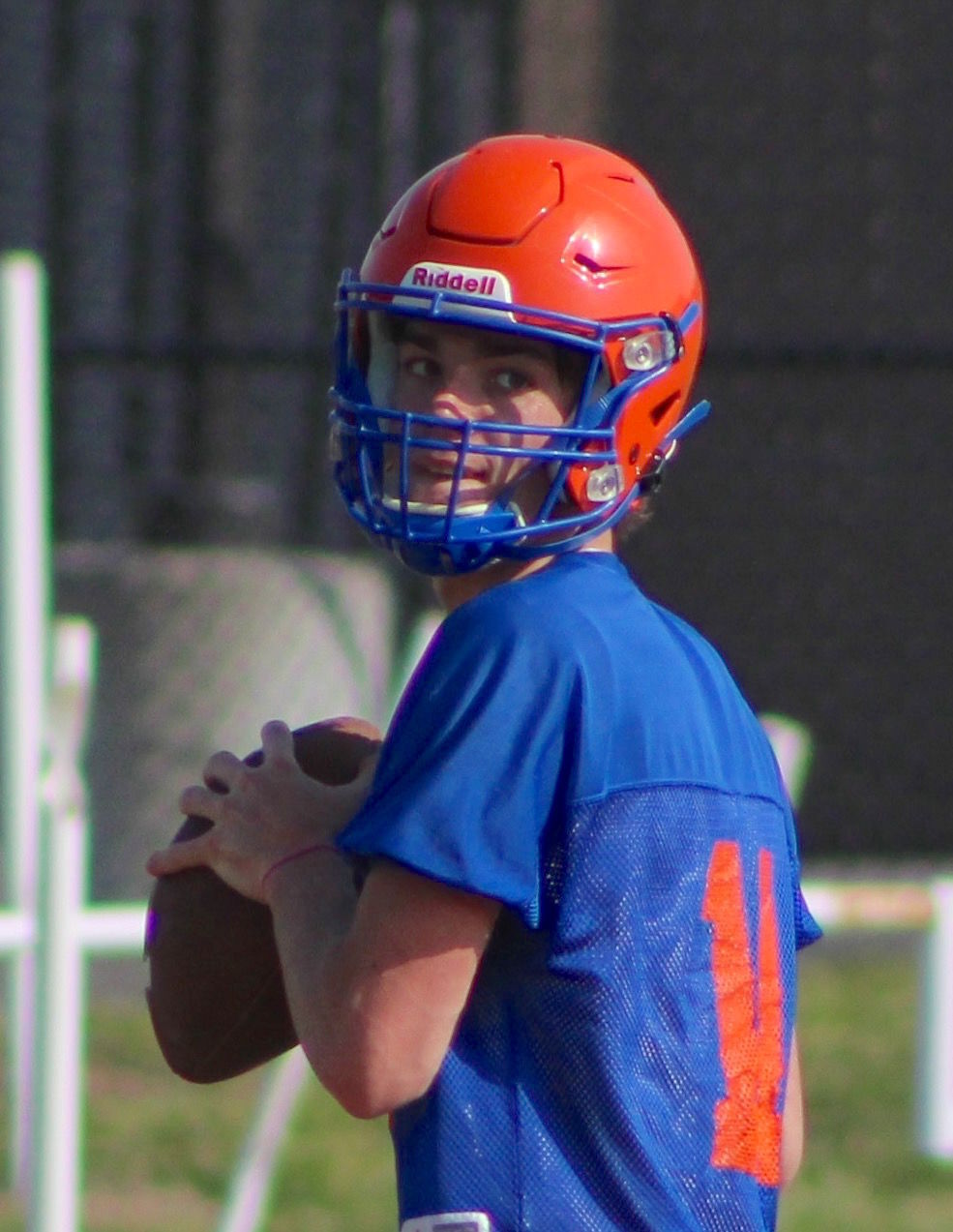 Marshall County quarterback Quinn Smith looks down field at a recent spring practice. Smith will be looked to guide the 2021 Marshals again after posting 984 passing yards and eight touchdowns as a junior.

The Marshals’ defense works on several plays during spring practice in preparation for the summer and eventually the 2021 Class 6A season.

Marshall County quarterback Quinn Smith looks down field at a recent spring practice. Smith will be looked to guide the 2021 Marshals again after posting 984 passing yards and eight touchdowns as a junior.

When Steven Etheridge was announced as the new head football coach at Marshall County High School last February, little did he — or anyone else — know a shutdown of schools, sports and nearly everything else was around the corner.

“I had the team right at two weeks. We kind of maxed them in the weight room and had a couple of workouts then it just shut down for a few months,” he recalled. “There wasn’t much time to get with them.”

The pandemic eliminated in-person school, which included the Kentucky High School Athletic Association putting the breaks on the entire spring sports season. That also meant no spring football practices. Summer practice was even delayed until a few weeks before the football season’s start on Sept. 11.

With a limited amount of time with his new team and them with their new coach, it took a few weeks to get a grasp on what hand Etheridge had been dealt and vice verse.

“You’ve got a couple of weeks to get ready and go get ‘em. With so much change that we brought in, it left us to rely on gut instinct so much,” he said. “I didn’t have a whole lot of time to see for myself where the kids could play. It was 2-3 weeks into the season before I could see this kid needs to be playing this or this kid needs to be playing that. It took a while to figure out what we had.”

The result of the Marshals’ 2020 season was a 3-6 that ended with a 51-21 loss to Henderson County on Nov. 6. Despite the record, Etheridge was glad his team were able to play their full slate of games with no cancellations or postponements due to COVID-19 protocols. He added it may have helped the returning players roll into 2021’s spring practice as early preparation for this coming season.

“We got all of our regular season in and I think that kind of laid the foundation for heading into the spring and heading into next year because we got to see how this bunch of kids performed,” the coach said.

Marshall County had 14 seniors on last year’s roster, so as spring practice wound down last week the coaching staff was looking to see who may be filling in those graduated gaps and carrying over the work from the weight room to the field.

“We’re trying to figure out who’s gonna fit where and also see who’s really improved in the offseason,” Etheridge explained. “We had a lot of guys get a lot stronger. It’s always fun to finally put the pads on and see that transfer to the practice field. You know this kid’s benching 50 more pounds, now you can tell when you get the pads on him.”

Spotlighting a few players, he noted the work of three-year starting quarterback Quinn Smith and rising junior Conner Nix. Etheridge said his staff is looking to add more to Smith’s plate after last year’s limited learning period, but his leadership abilities shouldn’t make that a problem.

“My goodness, when he speaks everybody listens,” Etheridge said of Smith, who threw 58 completions off 114 attempts for 984 yards and eight touchdowns last year. “He’s athletic as all get out. He’s one we hope we can run a little bit more than what we did last year. This spring, we were able to do more stuff and kind of get him moving a little bit. But he’s a good player. One we’re definitely leaning on.”

One of Smith’s focal points will be soon-to-be senior wide receiver Logan Reese. Reese led the team in receiving in 2020 with 29 receptions for just shy of 600 yards and six scores. A Swiss Army Knife-type player, Etheridge noted Reese’s ability to run, catch, play defensive back and run kickoff returns.

On defense, Kameron Bowerman led the Marshals’ defense with 50 solo tackles and five assists. He also contributed with 123 rushing yards and three touchdowns.

“We feel we’ve got a few of those skill players who are going to do good for us,” Etheridge said.

He said keys they’ll continue to stress will be getting the linemen working together and getting more and more reps for experience. The defensive secondary is also a question mark at this point. Still, Etheridge is glad to have a full season ahead of his team to get ready and hit the field for 2021.

“I’m excited about it. We didn’t lose a ton last year and we’ve got a ton of young guys playing,” he added. “We’ve got a senior group that’s played a ton of snaps here the last two or three years. Hopefully, we can turn the tide and start getting momentum and get this thing back to where it should be.”

Mother of child lost to COVID