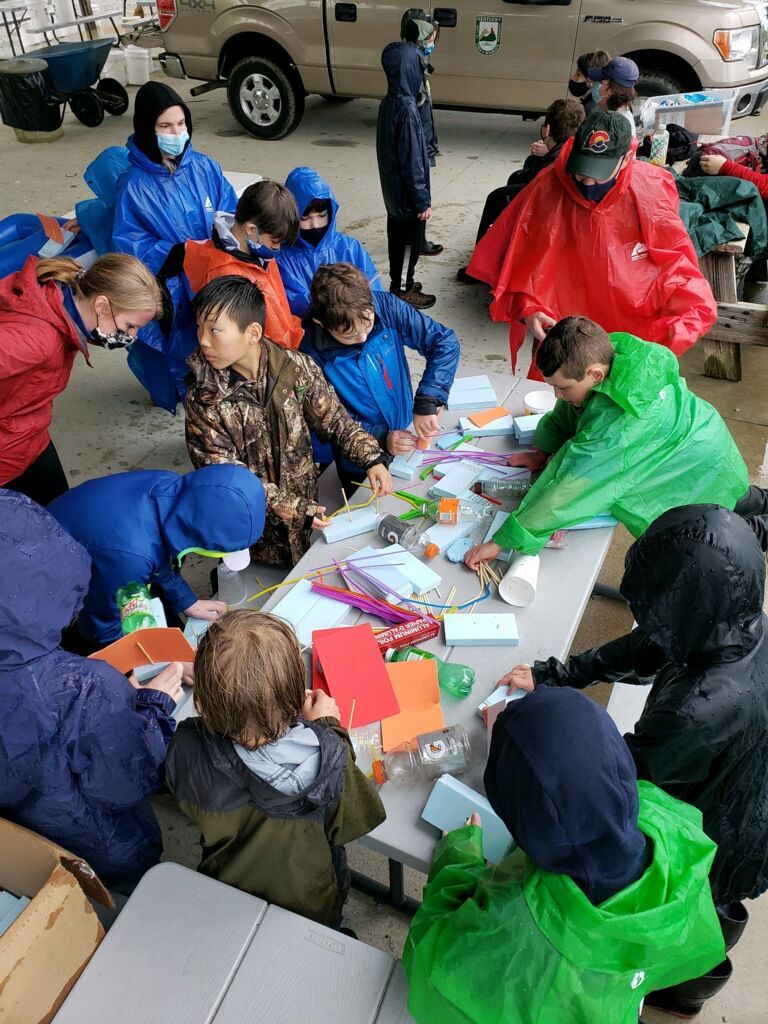 Cub Scouts re-purpose litter they picked up to create sailboats for a Raingutter Regatta. 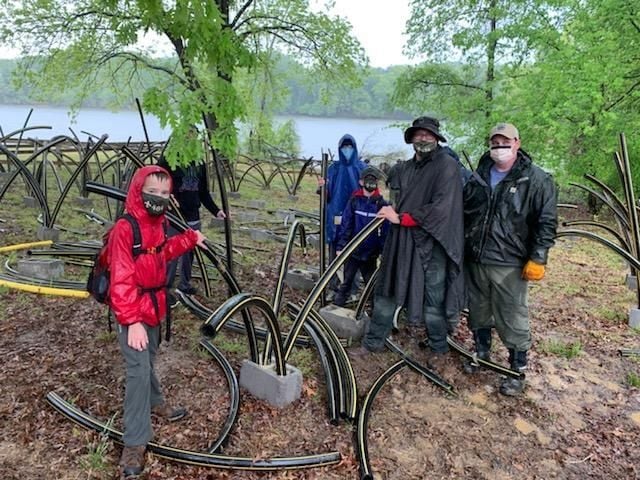 Grayson Lightfoot, left, organized a project with Kentucky Department of Fish and Wildlife to construct fish attractors for Kentucky Lake.

Cub Scouts re-purpose litter they picked up to create sailboats for a Raingutter Regatta.

Grayson Lightfoot, left, organized a project with Kentucky Department of Fish and Wildlife to construct fish attractors for Kentucky Lake.

Every April, members of the Boy Scouts of America Four Rivers District of the Lincoln Heritage Council verge upon the north end of Land Between the Lakes to clean a portion of the shoreline of Kentucky Lake. This weekend project is known as Conservation Camp, done in partnership with the Friends of LBL.

Rather than totally forgo the weekend, the district decided this year to clean up their own turf — the shoreline of Camp Roy C. Manchester on the Pfeffer Scout Reservation near Fairdealing. In addition to cleaning up the camp, the troops also assisted Kentucky Fish & Wildlife in creating 50 fish attractors to help improve the bass population in Kentucky Lake.

The project with Fish and Wildlife was organized by Grayson Lightfoot, current Senior Patrol Leader for BSA Troop 484 in Benton. He is currently working towards earning the BSA Distinguished Conservation Service Award, which includes the planning, leading and carrying out of at least two significant service projects in two different conservation categories.

“The bass population is dying off. So that could be a problem for a lot of fishing tournaments,” Grayson said. Which in turn affects tourism in Marshall County.

The Fish & Wildlife Department provided all materials, and Lightfoot coordinated the manpower part. “I contacted FIsh & Wildlife, and it was all timing and everything because this was the week they were doing it so they brought the materials, the supplies, and I met with them at Roy C. Manchester during Conservation Camp and I hosted the project,” said Lightfoot.

In the next few weeks the attractors will be loaded onto a pontoon boat and dropped in the lake in three to five foot water.

While the troops were working on the conservation project the Cub Scout Packs were learning about conservation and recycling as well. After picking up litter, scouts repurposed some of the material and created boats for a Raingutter Regata. The regatta is a racing event for cub scouts that is the sailboat equivalent of the pinewood derby.

“This activity taught me a lot about leadership, getting to work with a bigger, larger troop,” Lightfoot said. “I thank all the people that helped me.”