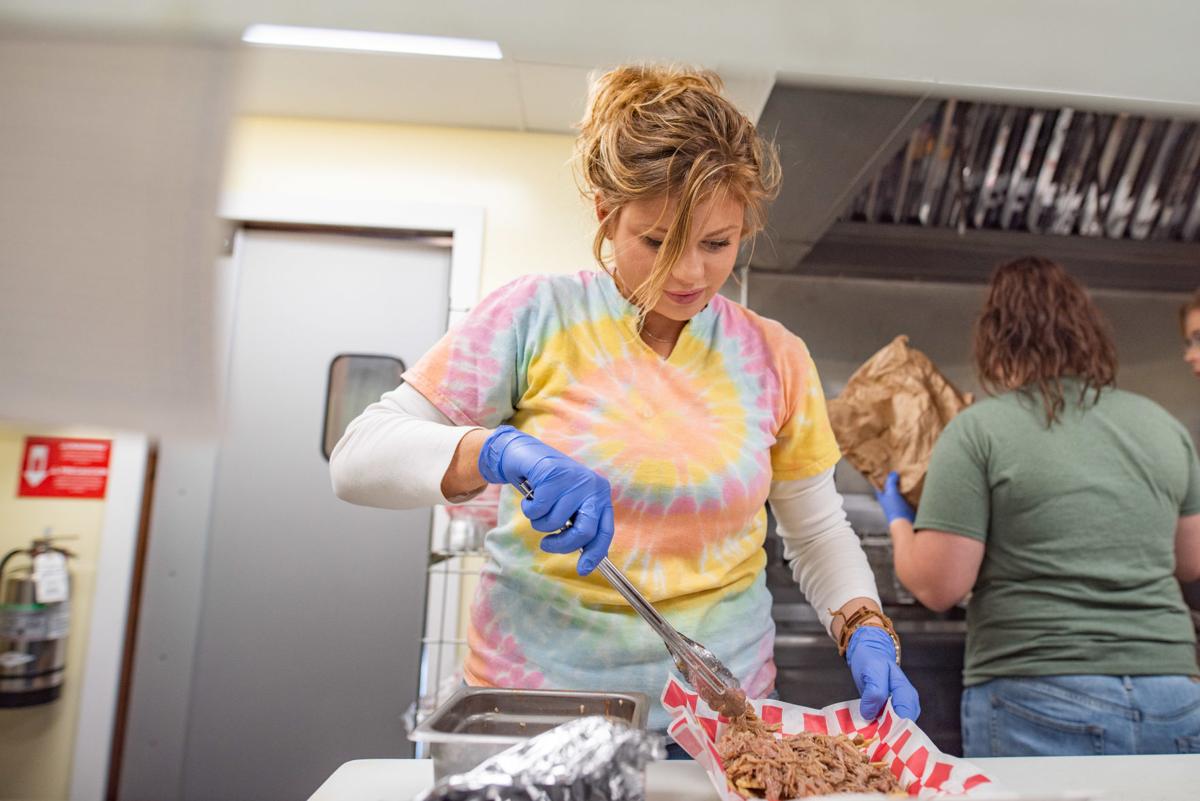 Bethany Prather prepares an order of barbecue nachos at Sizzlin’ Sisters in Marshall County on Friday. Prather and her sister, Jenny Dowdy, planned to open their brick and mortar location for full service this month, after running a food boat for the last few years. 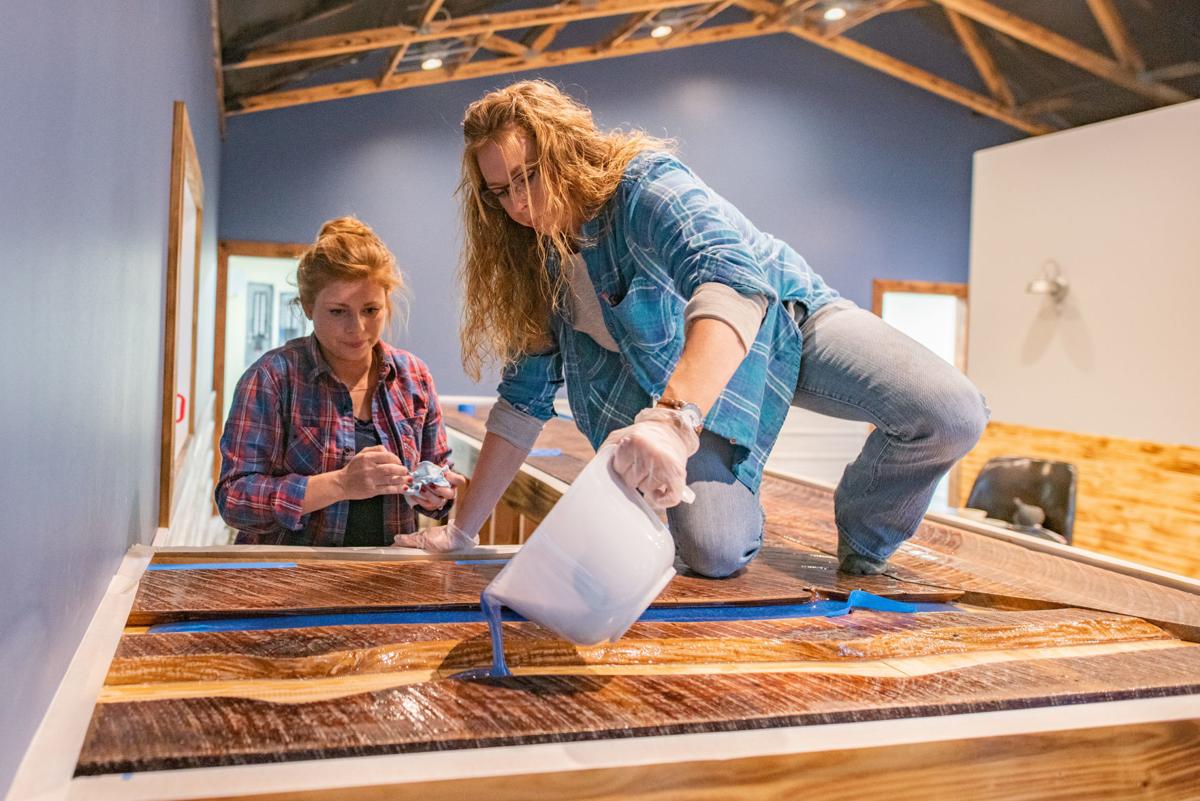 Bethany Prather prepares an order of barbecue nachos at Sizzlin’ Sisters in Marshall County on Friday. Prather and her sister, Jenny Dowdy, planned to open their brick and mortar location for full service this month, after running a food boat for the last few years.

After running the Sizzlin’ Sisters food boat near the Southern Komfort campground in Marshall County for the last few years, the sisters had secured a nearby location for their new brick-and-mortar restaurant, and the first of the month should have been the grill’s grand opening.

“We should have been rockin’ and rollin’. I expected wait times,” Dowdy said.

With many businesses taking financial hits, the COVID-19 pandemic is especially hurting recently-opened establishments and restaurants forced to forgo grand openings and begin limited service while much of their clientele also faces financial uncertainty.

Dowdy and Prather had spent recent weeks finishing the interior detailing at the location on Barge Island Road, down to mixing and pouring epoxy to protect and provide color contrast for a piece of 150-year-old countertop wood.

While Dowdy said she had expected a minimum of $1,000 per day in income, the restaurant had served a few dozen people as of Friday afternoon, after a soft takeout-only opening Thursday.

“This is gut wrenching. It’s pretty heartbreaking, but we’ll bear up,” she said.

“We’ve worked so hard, and to open with nobody able to come in and see us, it’s just sad.”

Dowdy said she appreciated measures the government and private individuals have taken to slow the spread of the virus, and admitted she’s been less inclined to eat out herself, for various reasons.

“I haven’t gone out to eat anywhere because I don’t want anybody else’s germs. I don’t want to go get some food and then take it home and put it in the microwave and re-cook it,” she said.

But Dowdy said she’s keeping a “doom and gloom” outlook at bay — the restaurant can survive for a month or two with little income, she said, which will hopefully give time for the viral spread to slow enough for restaurants to reopen.

“Things ought to get back to normal,” she said.

In Paducah, Paul Gorieux had also penciled in April 1 for the opening of Paducah Axe, following the January closures of both Tribeca Mexican Cuisine and JP’s Bar and Grill. The axe throwing was supposed to be the main draw at the former JP’s space, with cuisine a secondary feature.

But with Gov. Andy Beshear’s orders closing non-essential businesses and allowing only limited restaurant service, food is all that’s bringing in money — and not much of it — for Gorieux and business partner Jorge Martinez.

“It’s been a catastrophic change. We were never in the to-go business,” Gorieux said.

“It caused us to sort of retool. We rethought the menu, created a much different offering.” For the time being, Paducah Axe serves a small selection of favorites from Tribeca and JP’s, as well as items Gorieux expects to remain on the permanent menu.

But for Gorieux and Martinez, the problem is deeper than just one restaurant taking a loss for a month or two, or more.

The pair also own the 1857 Hotel — which has seen business plummet amid social distancing and stay-at-home measures — and the Johnson Bar, which is currently closed.

“The cancellation of the events at the hotel have been really tough,” Gorieux said.

He and Martinez have had to dip into personal savings to keep the businesses afloat, and though the outlook could brighten if restrictions are lifted, the cancellation of the spring Quilt Week could be a significant setback.

“It’s such a shame. Downtown is such a vibrant, fantastic place in the summer,” he said.

“We’re gonna hang on as long as we can.”

“We were slammed. Business was booming. It was great,” she said.

Then, “Things just came to a screeching halt.”

Now the restaurant is serving about 30-40 customers a day via takeout, and Galliher said that income isn’t enough to cover operating costs.

“We’re going in the hole every day we open,” she said. “We’re just kind of hoping and praying this doesn’t last very long.”