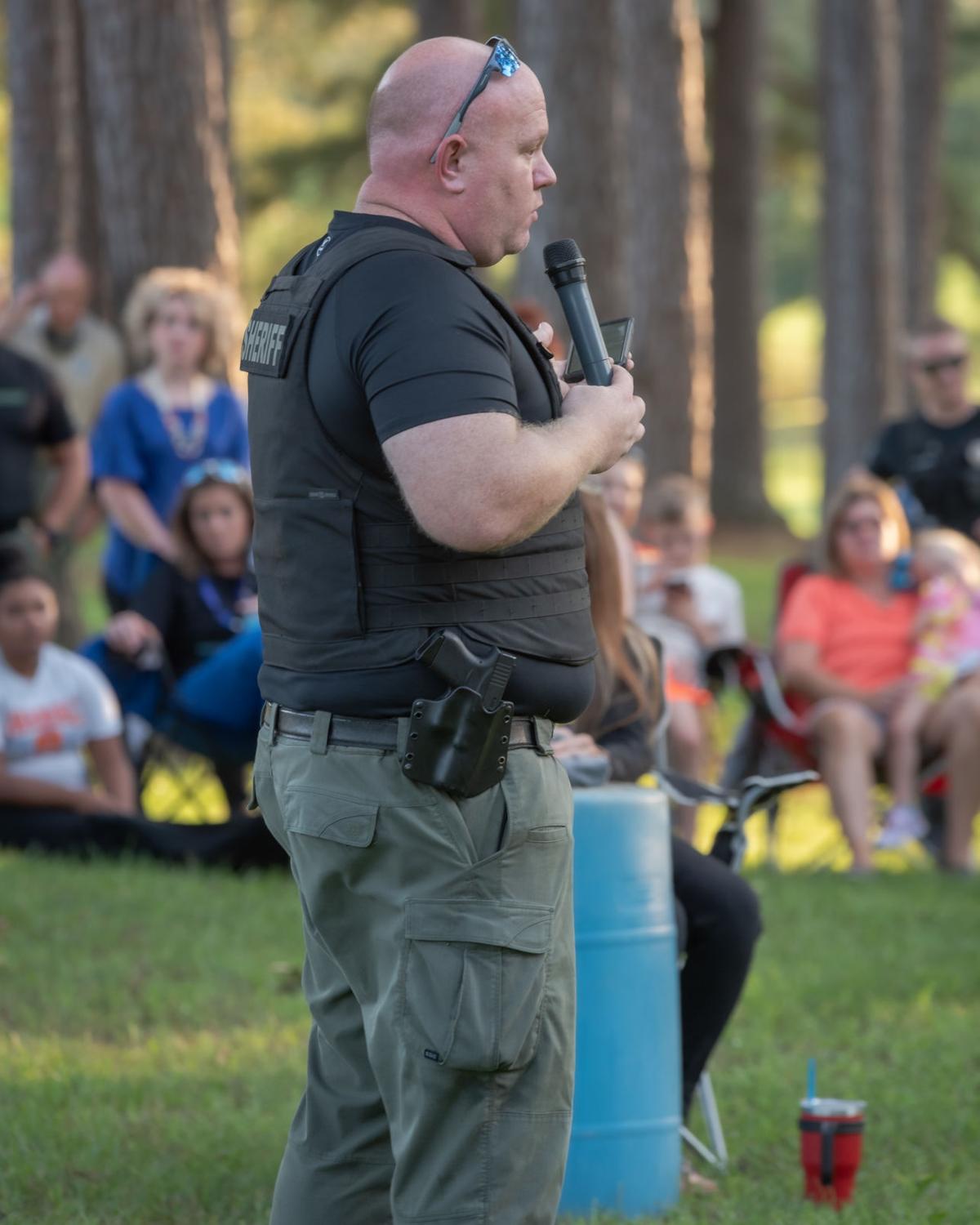 The forum comes on the heels of escalating tensions between first responders and the Marshall County Fiscal Court over the ongoing radio issues that have been plaguing the county for years.

McGuire said frustrations came to a head this year as the fiscal court focused on the funding and building of a planned regional E911 center.

At the fiscal court meeting on Sept. 1, Spraggs pushed for the fiscal court to halt any and all non-contracted funding and projects pertaining to the E911 center until the ongoing radio issues are resolved. Marshall County Judge-Executive Kevin Neal urged the court to not discuss the matter outside of an executive session, due to close ties with personnel issues. Darnall stated if discussions concerning Spraggs’ resolution were purely fiscal in nature, it could be discussed openly.

The commissioners did not speak at Thursday’s forum. However, several other first responders and community members with concerns over the radios were encouraged to speak. Benton Police Chief Stephen Sanderson told the crowd that losing an officer over a criminal act is one thing, but no one should have to worry about losing anyone due to “negligence.” He added that several first responders have instructed their spouses to seek legal action against the county in the event something happens to them because of the radio situation.

“If your house is being burglarized and you call 911 and they can’t get us on a radio, we’re no good to you,” he said.

McGuire noted a Marshall County Fiscal Court Facebook post on Sept. 9, concerning the raising of a single antenna at the South Marshall Fire Department Communications Tower, would only solve “two%” of the radio problem and that it only served to confuse the community and pitch the blame.

The post also mentioned an agreement McGuire signed that turned over radio communications control to E911 Director Chris Freeman, who has reportedly not communicated with the county’s first responders.

“I trusted this administration, and I took some heat from my own guys today that I signed over the power, the control over our radio over to someone who I should trust to put us as a priority,” McGuire said. “I signed it over for them. He said ‘I could fix it for X amount of dollars.’ We went to get it approved. It was good. And that was December of 2019.

Knight also said that they had managed to get five new repeaters—Marshall needs three—up and running for $60,000.

West Marshall Fire Chief Brian Andrus also spoke at the rally, saying the E911 center won’t do any good if the infrastructure isn’t there.