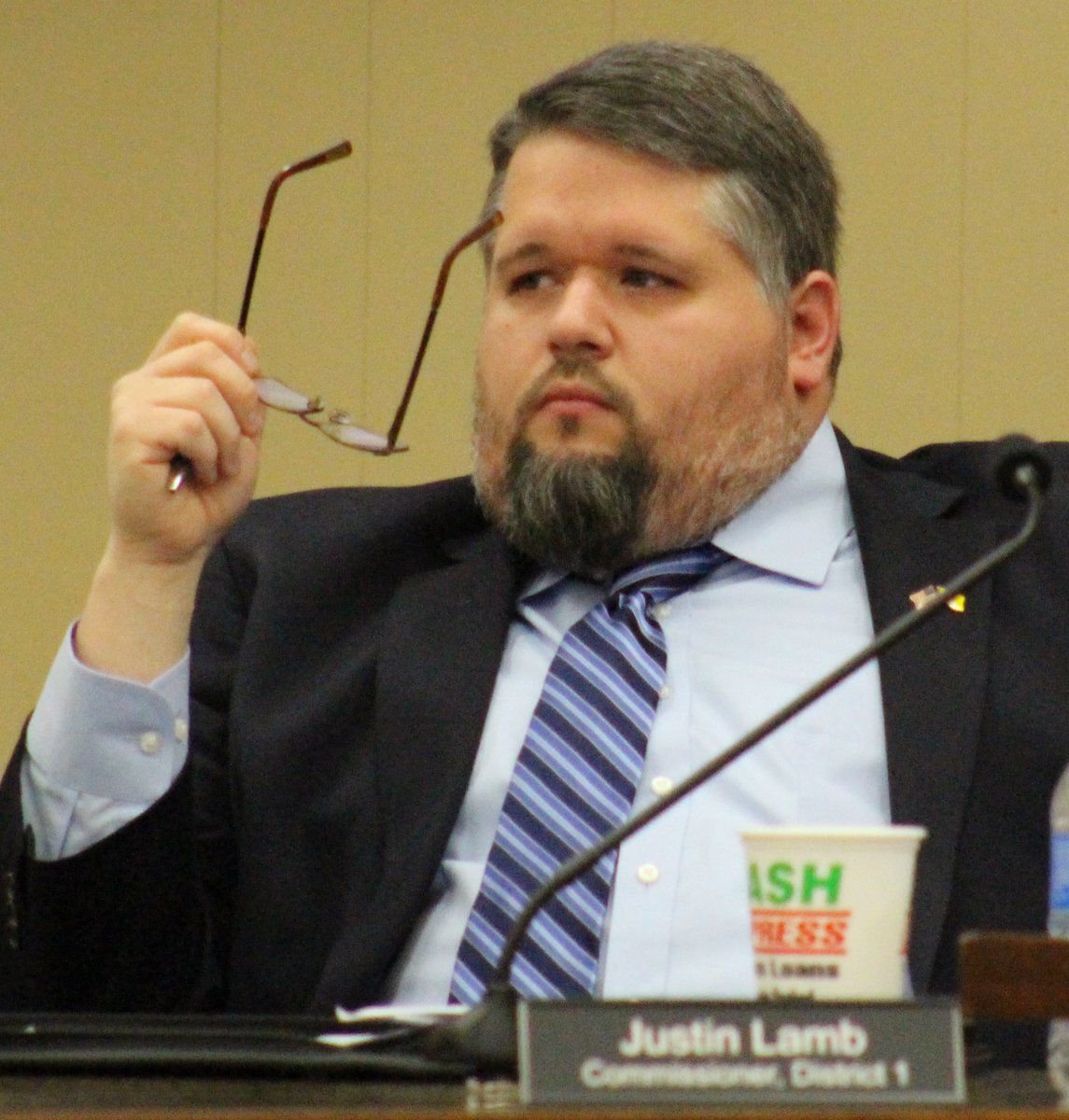 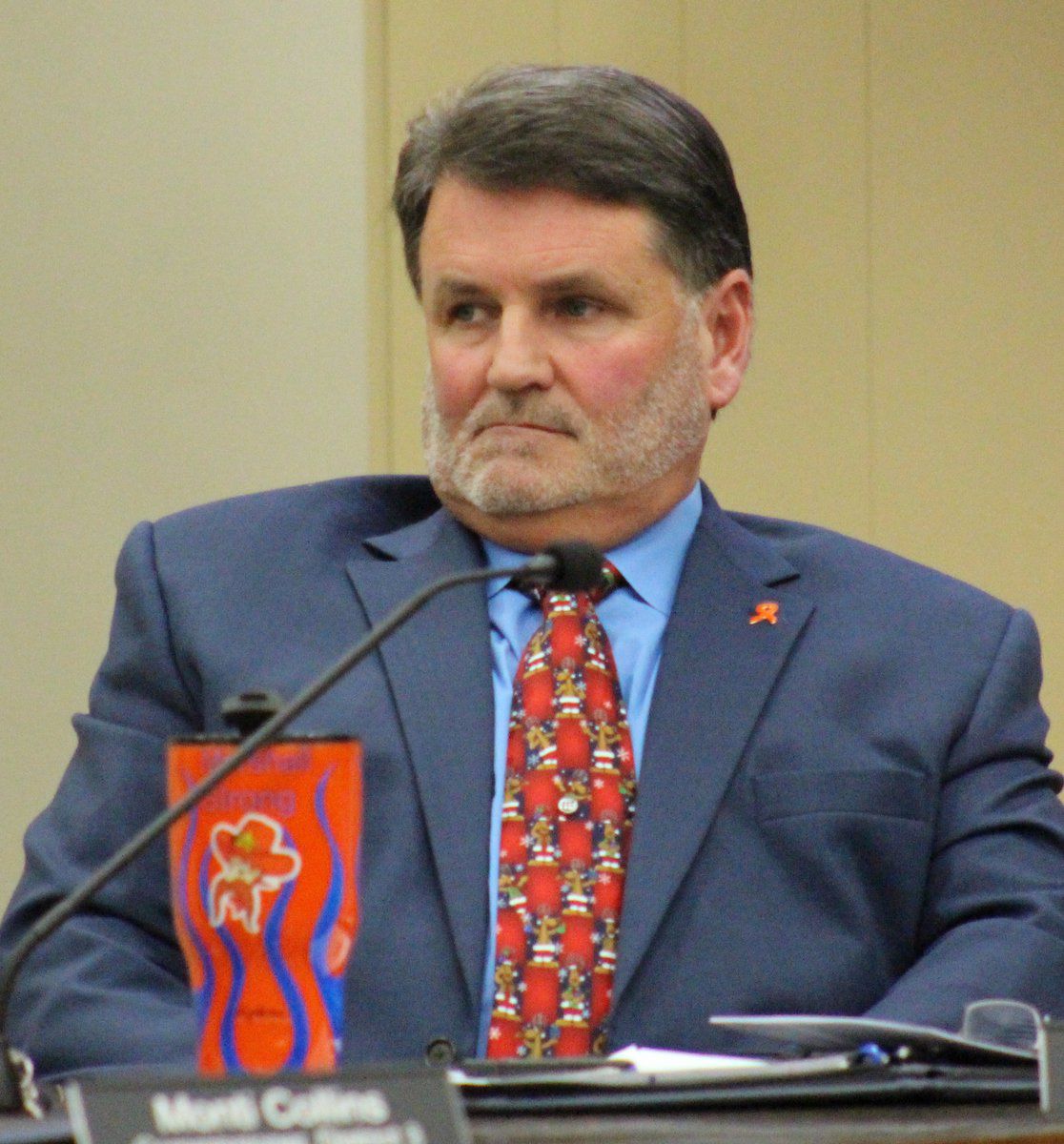 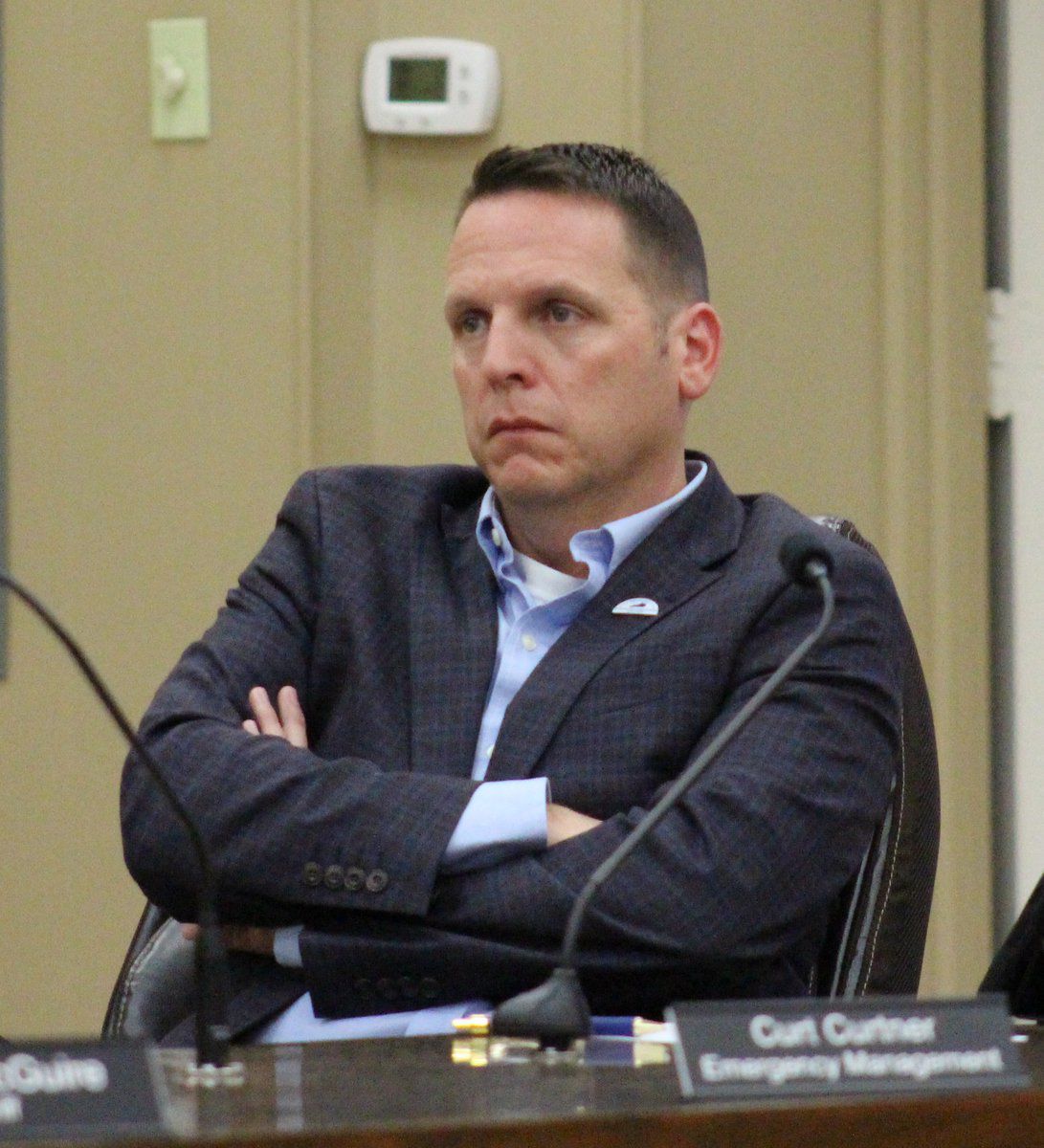 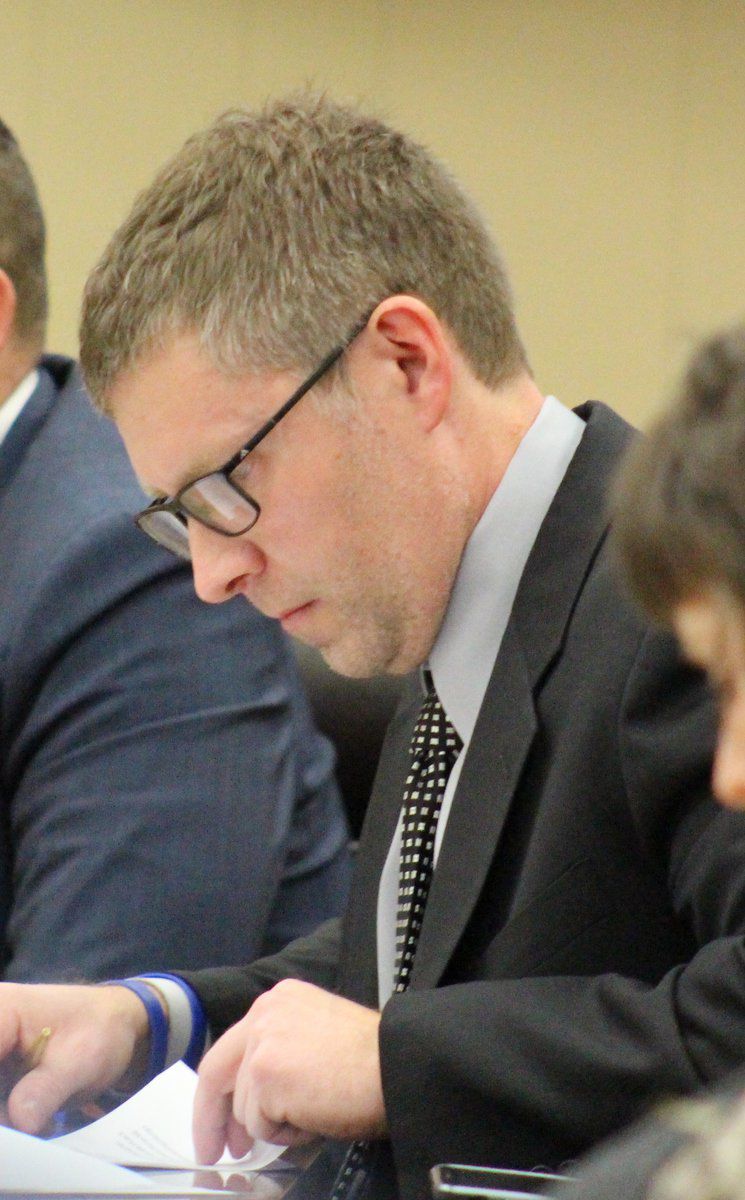 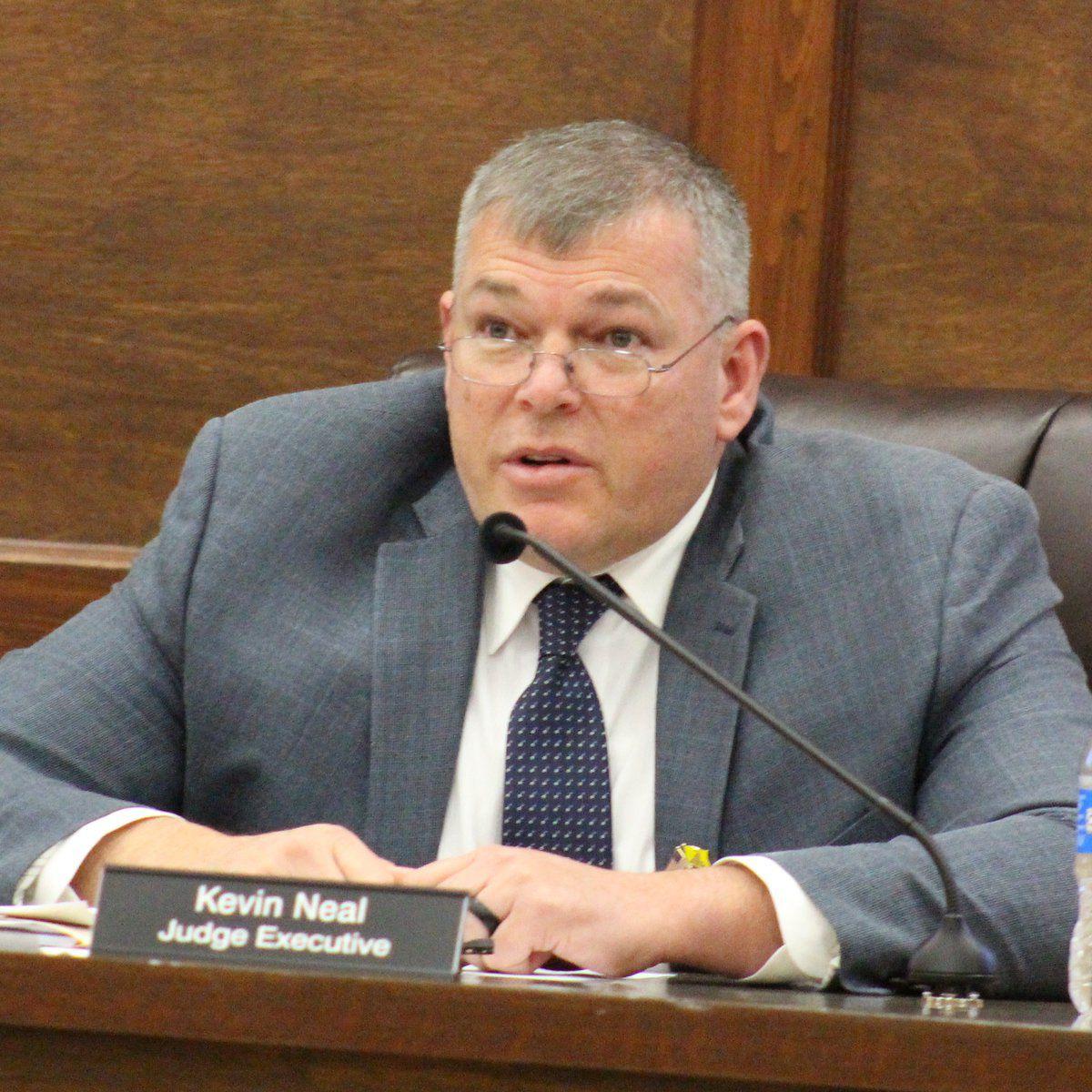 The Marshall County Fiscal Court last week formally scheduled the second reading and vote on Jan. 7 for an ordinance designed to establish Marshall as a "Second Amendment Sanctuary County," despite County Attorney Jason Darnall's advice that such a measure exceeds the authority of the fiscal court and, if passed as-is, will open up the sheriff's deputies and the county to lawsuits.

"You are regulating firearms…call it regulation or deregulation, whatever you want…it's not valid under Kentucky law," Darnall said during last week's fiscal court meeting. "…And just because you put a sentence in there saying you're not trying to regulate the KRS (Kentucky Revised Statute) doesn't mean a judge is going to agree."

Darnall expressed a number of issues with the ordinance but noted since he had only received a copy of the document the day before, he may have more issues than those which he articulated during the meeting. He also noted Rich Ornstein, attorney with the Kentucky Association of Counties, shared his concerns and agreed with his assessment of the invalidity of the proposed ordinance "that has serious problems."

"I don't have a problem with the goal, it's how we get there," Darnall added.

Marshall County Judge-Executive Kevin Neal said he had consulted a "constitutional attorney," whose name he never shared, who reportedly advised the ordinance was acceptable.

As of press time, The Tribune-Courier was still awaiting response to an open records request which asked for the name and contact information of the constitutional attorney Neal referenced.

The Tribune-Courier reached out to Mike Foster, the former Christian County Attorney who served in that role for more than 43 years and is considered one of the leading authorities on local government in Kentucky, for an unbiased opinion. Foster also previously served as president of the Kentucky Association of Counties (KACo) as well as president of the Kentucky County Attorney's Association; he has received numerous state and national awards recognizing his service concerning local government issues and recently authored, 'Best Practices in County Government.'

After reviewing the proposed Second Amendment Sanctuary ordinance (SASO) which was put through a first reading during last week's Marshall County Fiscal Court meeting, Foster's assessment aligned with that of Darnall.

Foster said the ordinance involves "significant overreach" affecting subjects already regulated by the United States Constitution, federal law, state law, or a combination. He went on to say it's well established law that a local government entity cannot pass an ordinance that amends, defines or further regulates a decision of an Appellant Court or a piece of legislation previously adopted by Congress or State Legislature.

"This ordinance appears to be an attempt to impose the political opinion of a certain advocacy group who obviously feels very strongly about the right to bear arms. While these individuals are certainly entitled to their opinion, they are not entitled to change or modify state or federal laws through a local ordinance," he wrote in part.

Foster explained the county government does not have the authority to interpret constitutional issues adopted by federal or state legislative bodies and there are already federal and state laws which "occupied the field" concerning the application of the Second Amendment, as well as the specific legal authorization to occupy, possess or utilize deadly weapons.

"In my opinion, the adoption of this ordinance would expose Marshall County and its Fiscal Court to lawsuits with unfortunate consequences for the county," he wrote in part. "Litigation challenging this ordinance in federal court may result in the county having to pay substantial legal fees and court costs to the party bringing the suit against the county. In such examples, it is the taxpayers of Marshall County who pay for the costs of defending such lawsuits which, historically, have been successful against governmental entities like Marshall County Fiscal Court."

Neal said the ordinance was intended to "make it known we're serious about Second Amendment rights and protecting them."

Neal also said the timing was crucial because multiple pre-filed bills, which he acknowledged may never even get serious consideration from the General Assembly, were aimed at limiting Second Amendment rights. But when Commissioner Monti Collins asked for specific bill numbers, Neal wasn't able to cite them.

There was a larger-than-normal crowd in attendance at the fiscal court meeting, all of whom appeared to support the SASO. They were invited to attend the meeting by Lance Cary, who presented himself as a county employee speaking on behalf of Neal.

On a social media site titled, "Take Back Kentucky," Cary, "on behalf of Judge Neal," extended an invitation for witnessing "the first vote on a Second Amendment Sanctuary County in Kentucky" on Dec. 17 at 9: 30 a.m. during which Dr. Val Finnell with Gun Owners of America was scheduled to speak. The announcement purports itself as coming "From Judge-Executive Kevin Neal's office" and Cary identifies himself twice as "executive assistant" to Neal. Cary's message says on Dec. 17, "Neal and commissioners will be making Marshall County the first 2nd Amendment Sanctuary County in Kentucky."

Cary has, in the past, been heavily involved with Neal's campaigns for the office of Marshall County Judge-Executive; as of press time, The Tribune-Courier was still awaiting an open records request seeking Cary's hire date, position, department and supervisor, as well as his salary.

'Take Back Kentucky' identifies itself as a group of citizen activists who are "God-oriented, constitutional, pro-family, pro-life, pro-gun, pro-veteran and military and pro-civil liberties," founded in Feb. 1997.

The SASO as proposed by Neal was presented as having been authored, at least in part, by Dr. Val Finnell of the group Gun Owners of America (GOA). According to its website, GOA is a gun lobby group which was founded in 1975 by Senator H.L. (Bill) Richardson, "represent[ing] the views of gun owners whenever their rights are threatened."

• The fiscal court members, with the exception of Spraggs, voted to approve paying a $150 per hour fee for a maximum of two hours (or $300) to a wastewater consultant from Charlotte, North Carolina, who Neal said is the son of a friend and is planning to come home for Christmas. He said Jeff Davis, the son of Joe Davis who's also a former U.S. Marine who regularly sits on the front row at fiscal court meetings, is an engineer who specializes in water and wastewater systems in North Carolina. Neal said Jeff Davis is scheduled to attend as an expert at a "mediation" on Dec. 27 in Draffenville which officials from the Marshall County school system have said they have no intention to attend. The issue, according to Marshall County Sanitation District Board Chairman Randy Green, is an ongoing dispute between the school and the sewer board regarding a bar screen that needs to be installed in the new sewer lines to prevent debris flushed down the toilets from reaching the plant. Spraggs voted against the county paying the expense "because mediation only works if both parties are present and Mr. Lovett said they won't be there on the 27th." Lamb, Collins and Neal voted in favor of the measure.

• The personnel changes this month included hiring two new 911 dispatchers, changing one dispatcher from part-time to full-time and increasing the pay of another. The changes also included the $6,000 annual wage increase for Marshall County Parks Director Britney Heath.

• The fiscal court members went into executive session to discuss litigation and personnel; no announcements were made when they returned to regular session.