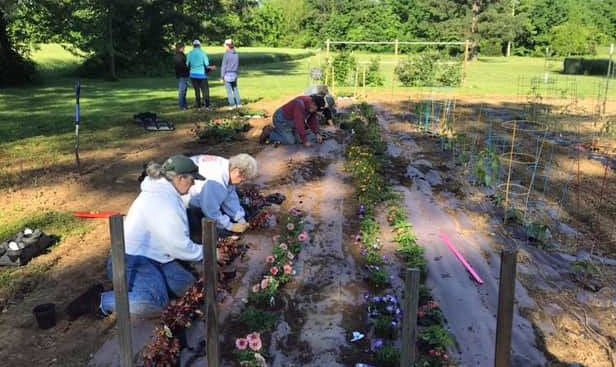 Here members of the Marshall County Master Gardeners work together to plant the University of Kentucky test flower bed while another group plants vegetables and a third group groom blackberries and a sweet potato bed. 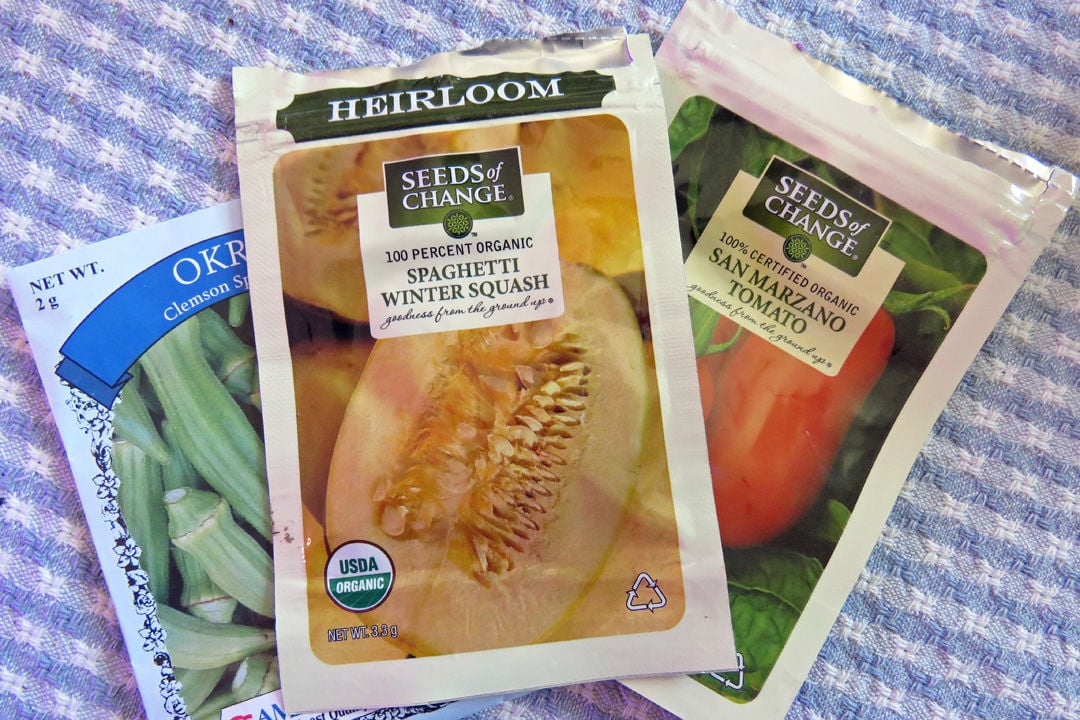 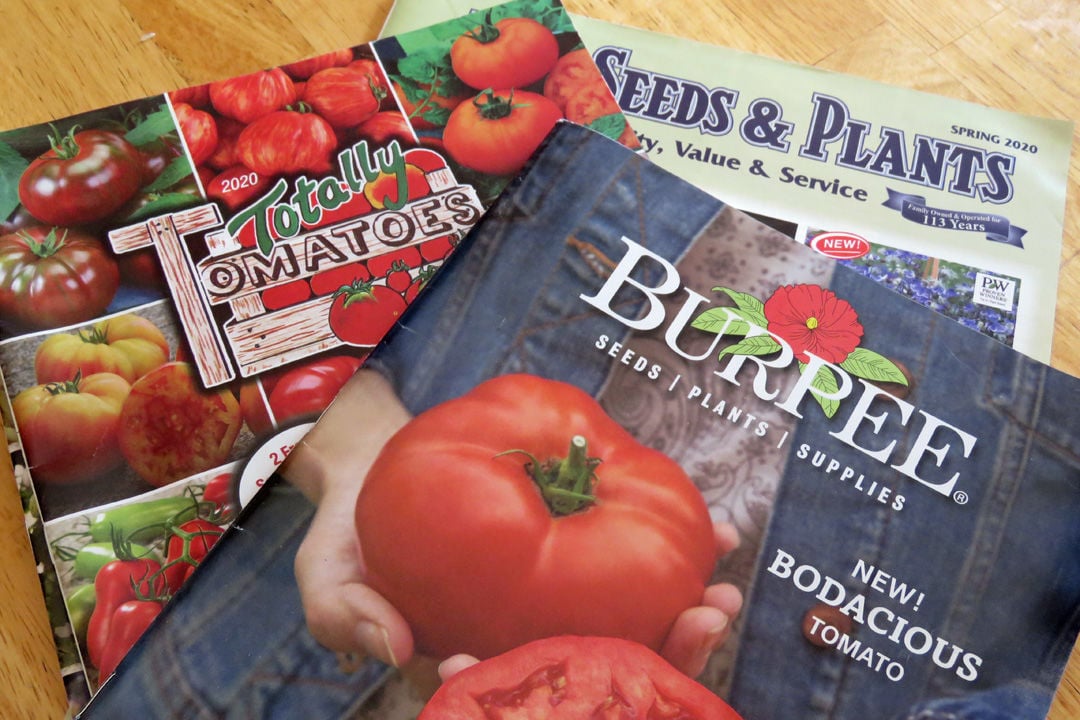 Pictured here are the Burpee and other seed catalogs. Well-known catalogues have experienced huge increases in mail orders this season. 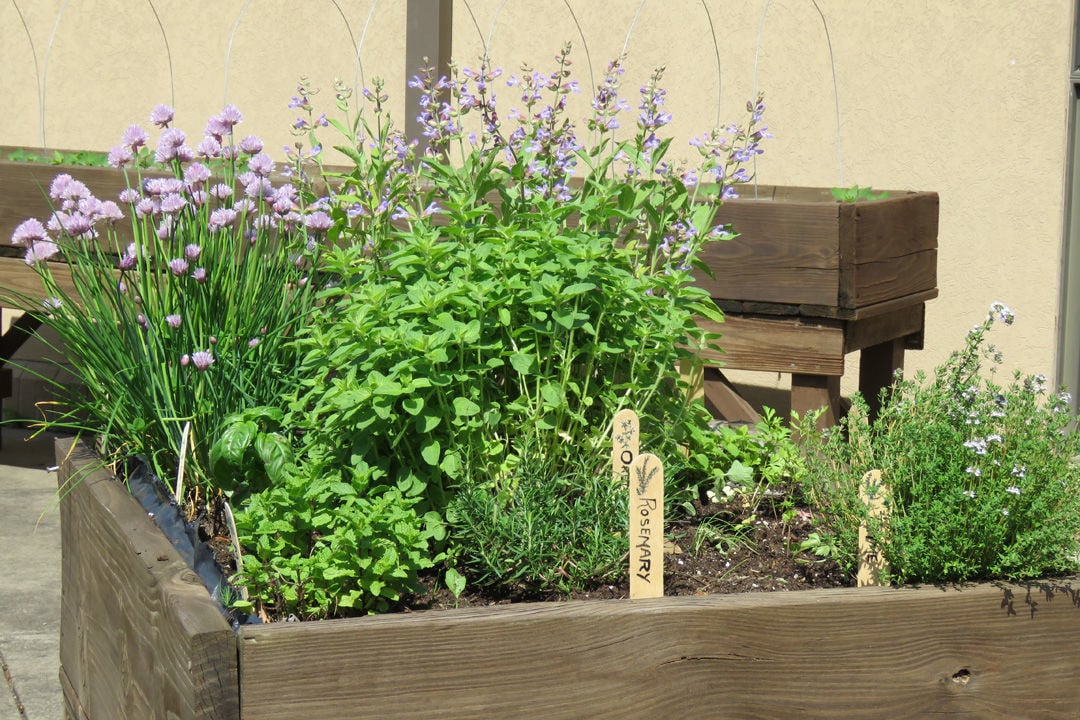 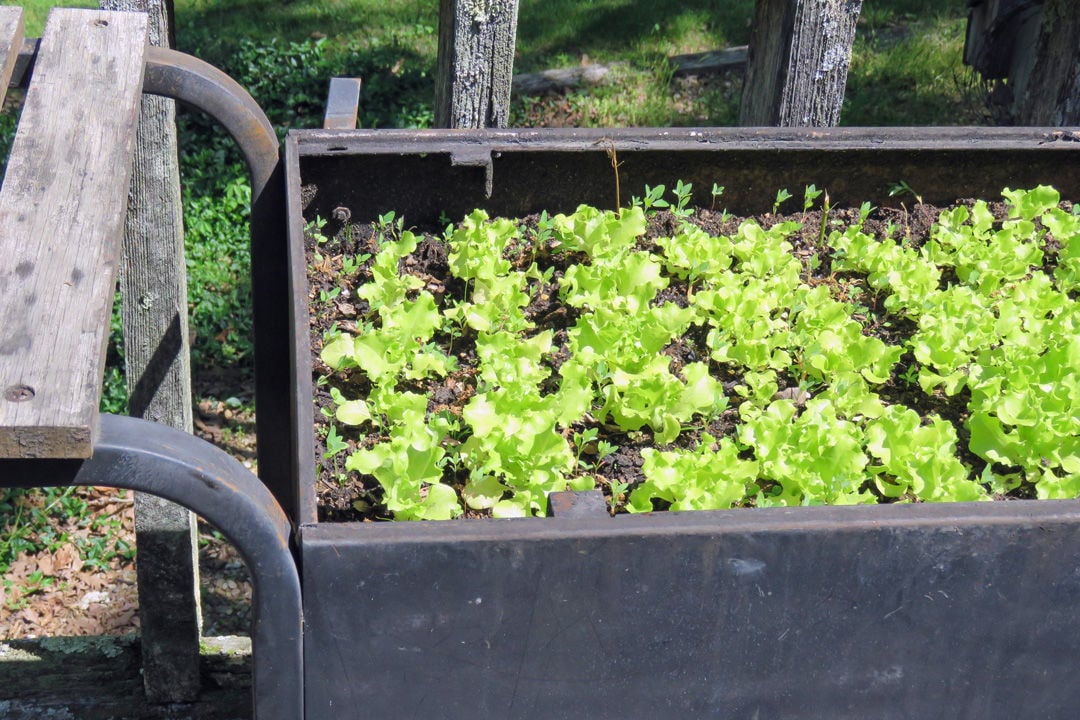 This container garden on a recycled grill base contains lettuce.

Here members of the Marshall County Master Gardeners work together to plant the University of Kentucky test flower bed while another group plants vegetables and a third group groom blackberries and a sweet potato bed.

Pictured here are the Burpee and other seed catalogs. Well-known catalogues have experienced huge increases in mail orders this season.

This container garden on a recycled grill base contains lettuce.

Victory Gardens are back — or maybe they never left.

Gardening — whether ornamental shrubs and flowers for aesthetics or vegetables for food — has always been a popular activity for rural dwellers. This year, empty grocery shelves and shutdowns at meat processing plants, prompted by COVID 19, generated fear that the food chain supply could break down. That fear inspired an explosion in vegetable gardening. Periodic food shortages have traditionally prompted gardening surges. Having one’s own produce in the backyard not only provides healthy food, but also feelings of security.

Growing one’s own vegetables and preserving them via canning, drying or more recently freezing, isn’t new. However, increasing the volume or starting the practice by people who haven’t done it before seems to rise and fall with each national crisis. For example, “Victory Gardens” became a rage during World War II, not only in farming communities but also in back yards of urban dwellers. Vegetable patches employing the tag “Victory Garden,” arose during World War I prompted by food shortages in Europe. The idea came from Charles Lathrop Pack, who believed if city dwellers and farm families grew gardens and preserved the produce, that would leave more commercially grown produce for export to Europe. In the second World War, gardens were necessary so commercial growers could keep the troops fed.

“We’ve had a blessed season under bad circumstances,” said Ken Westfall, owner of Holly Nursery in Calvert City, and columnist for Lake Living magazine. Westfall said for the first time, the question, “What if we can’t get food?” has arisen. Some people concluded they needed to make sure they have plenty, and gardening provided the solution. “We’ve jumped on the bandwagon with the Victory Garden against the coronavirus,” Westfall said. “We couldn’t begin to dream of the increased demand for plants and seed. I talked to our major supplier for potting soils and he said, ‘We can’t get our trucks out fast enough.’ Now we’re running out.” Westfall also has run out of garden plants and seeds.

Jan Bragg, owner of Harvest Time in Benton, said she, too, has run out of garden plants and seeds. “People don’t usually start planting until after the first of May,” she said. “We sold out in April — out of everything, every slicing tomato, every pepper — totally out.”

“Seed catalogues from major mail-order houses have seen huge surges in demand”, said Master Gardener Johnnie Davis of Benton. “I heard that first on the news,” she said. “Then I kind of looked into it.” She learned that W. Atlee Burpee had the highest sales in its 144-year history in March after the president declared a state of emergency. The week of March 16, Johnny’s Seeds’ sales went up 270%. Johnny’s Seeds publishes a major seed catalog. “I looked that up because I had heard it on the news. This is a worldwide trend,” Davis said, noting that Stokes Seeds in Canada, had 1,000 online orders the weekend of March 21. “It was more than their staff could handle. They had to shut down and regroup.”

(People) “are scared now of a shortage of food, but I think when people do a little thing like (gardening), it gives them a sense of security that they are doing something about it,” Davis said. “They are taking an action when they go out and plant a garden. I’ve heard that people feel like they’ve lost control. This gives them a little something where they have some control.”

Marshall County is fortunate in that it has a state-award winning Master Gardener Group numbering about 30 members. Master Gardeners go through an extensive training program conducted by the University of Kentucky Extension Service and must pass a test to become certified. To retain certification, they must volunteer specified hours of work, attend specified meetings, perform specified outreach and take continuing education classes.

Though, UK suspended all its in-person programs when the president declared the COVID 19 emergency, Master Gardeners voted to continue the community garden they grow behind the Extension Office in Benton. Those tending the garden will observe safety guidelines such as working two at a time, wearing masks using and sanitizing their own tools, said Davis.

Nikki Bell, UK Extension agent for agriculture here, said she is receiving many calls regarding gardening. She sees the upsurge as “a good thing; it’s a needed thing.”

Davis, who presents programs titled “The Benefits of Gardening,” at the Marshall County Library, said just the physical activity compares to heavier exercises. “It involves lifting, stretching and bending. It’s a really good activity for your physical health; it’s good for your mental health, you’re always learning something new, and you’re facing new challenges,” she said. “And for me, it’s a spiritual thing. I don’t sit in a chair quietly to meditate, but I go outside and pull weeds and talk to God and listen to what He’s got to say. Spiritually, I think spending time in nature is good for you. It connects me to the earth.”

Frazier, who grows five gardens, and with his wife, Vickie, cans or freezes much of the produce, called gardening “very therapeutic. We can pray; we can seek the Lord and not too many people bother you in the garden.”

Ford started Grace Garden behind First Presbyterian Church in Calvert City two years ago. And the project has become a special ministry. She sees the spiritual aspect often in people who would never enter a church sanctuary. In the garden setting, they willingly share their innermost thoughts, emotions and spiritual needs.

Two older church members, Flo Tomsic and Dot Kunnecke inspired Ford to start Grace Garden. “I had always wanted to start a garden,” she said, “and both of them would give me plantings of things. Then they would go to the church and plant things. I always said one of these days I’m starting a special garden here for them. I was thinking a pretty flower garden.” Then she noticed many elderly and apartment dwellers in the neighborhood who, because of health, disability or lack of space, had no opportunity to garden. “One night we were in a session meeting and I said, ‘I’m going to have a garden here one day.’ Instead of it being an attractive floral garden, I wanted it to be a vegetable garden.”

Ralph Young, the church’s moderator, helped by getting a grant to put in waterlines, buy equipment, tools and different supplies.

“Originally it was a community garden, and if people came over and expressed an interest, we would let them help us — kind of training them,” Ford said, noting that Vicki Wynn, UK Extension agent for family and consumer sciences, helped with instructions, “and we had garden parties and programs. We had a program on herbs and raised beds and things that the people in the community were interested in. We enjoy doing it — that is how we rest. God sends me blessings in ways that might (not work for) other people. (During this shutdown) I’ve had my husband at home — we’ve gone to work every day and at night he’s been home. I’m not really used to that, but I’ve loved every minute of it.”

Because of the virus, Ford and other gardeners will have to operate a little differently this season. They will observe UK’s recommendations. In the past, the church has invited anyone wanting produce to come in and pick it. This year, the gardeners will let the public know what’s available, take orders, then pick the produce and bag it for pickup. “It breaks our heart because we are going to lose some of that personal contact that we had,” she said.

Last summer, Ford taught a class for children on gardening and how to cook or prepare fresh produce. “People not only don’t know how to garden, they don’t know how to cook food that takes time,” she said. That realization prompted her to start the “Little Sprouts” gardening class. Nine children attended. That program is on hold now, but Ford will contact parents and work with children individually.