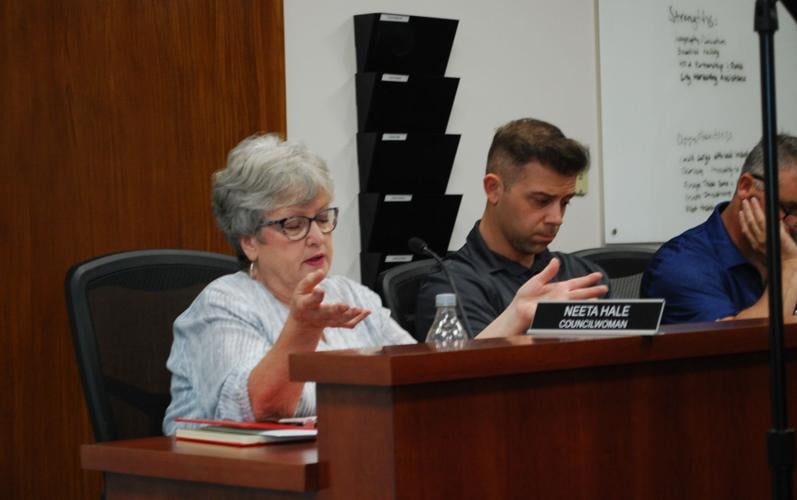 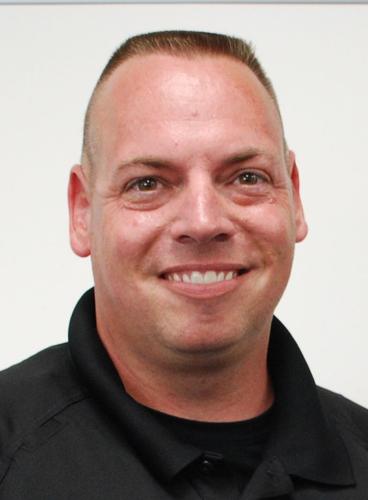 Freeman said he was addressing the council not to complain but to seek help. “I’m just here to tell you I’m sustaining more damage than I, as a single property owner, can deal with,” he said. “I think by putting our heads together we might come up with some ideas.”

Freeman’s farm, which lies east of the Civic Center across from Memorial Park, has been in his family since the late 1800s. He explained that improvement projects that have cleared and paved over land west and south of his farm have increased water flow along Fifth Avenue.

“These (projects) are all good but every time we level property and pave it, that water has to go somewhere,” and it’s coming out of a culvert on Fifth Avenue, he said. Freeman installed a lift station on his land more than 20 years ago, and at that time, the lift station was five to six feet from the ditch. Since then, much of the ditch has been lost to erosion. “I can’t keep it mowed,” he said.

Mayor Gene Colburn said he and Maintenance Supervisor Brad Darnall will look into the problem.

City Administrator John Ward told the council that bids to replace the timber bridge came in at more than twice the $600,000 budgeted for this fiscal year. “We received two bids on our bridge replacement, and both bids came in … at more than $1.2 million,” Ward said, noting that the cost of asphalt has increased from $75 per ton to between $115 and $150 per ton. The city previously acquired the bridge in a road swap with the state. Ward said Matt Brawley of HDR Engineering told him the “bridge is still functional” and still usable and recommended the city shelve replacing it until prices stabilize.

The bridge crosses Cypress Creek at a point where the Dredge Ditch flows into it. The ditch was a 1919 project undertaken by a group of citizens to drain Cypress Swamp from southwest of Gilbertsville to the Tennessee River. The Nature Conservancy now owns 284 acres of Cypress Swamp.

Councilwoman Neeta Hale noted that replacing the bridge was a preemptive matter when it was budgeted, and there are four other access routes into the Industrial Complex.

The council agreed by consensus to reject both bids and put the bridge replacement on hold.

Regarding next fiscal year’s budget, Hale mentioned projects for which she proposed the city budget for $100,000 in grants. Four months ago, the city discussed buying a $30,000 generator and leasing it to First Baptist Church so the church could become a certified Red Cross Shelter in case of a natural or manmade disaster. The church already has a relationship with the Red Cross and has the facilities to accommodate a certified shelter, but doesn’t have sufficient funds to buy the generator needed to provide electric power. Hale proposed seeking the grants to fund the generator and other projects.

Colburn said two other organizations, Altona and Pathway Baptist churches also have a relationship with the Red Cross.

“We are trying to work this out so (funds) would be available to numerous entities if they had the space to have a shelter,” Hale said.

Another project for which she proposed seeking grant money is renovation of the old Calvert Bank building on Aspen Street. The city, with a $15,000 donation from the Calvert Area Development Association, bought the building for $20,000 in 2015. The bank, built in 1910, is one of a few remaining structures in the original city that was incorporated in 1871.

Colburn said Hale’s ideas and others for city spending next year will be discussed at a budget workshop at 5:30 p.m. May 23.

• Marketing Director Blair Travis reminded the council that a delegation from the Tennessee RiverLine will visit the city June 9-12 for sessions on community planning, leadership, kayaking, a visit to historic Haddox (originally Haydock’s) Ferry Park, the only public access to the Tennessee River between Kentucky Dam and McCracken County, and possibly a boat tour of Kentucky Dam.{/div}

Travis also distributed a colorful Activity Guide that lists by month all planned activities for the year. And she introduced Cameron Brown, the first winner of the Yard of the Season competition.

• The council authorized Darnall to place an order for a new garbage truck. The trucks are difficult to find but Darnall has located one that can be delivered by Christmas at a cost of $230,000. He noted the last truck the city bought cost $180,000 but prices have skyrocketed.

• Newly hired Police Chief Mike Cannon spoke briefly thanking the council for the opportunity to serve. Cannon has been a police officer with the city for 10 years and succeeds former Chief David Elliott who was hired in 1989 and recently retired.