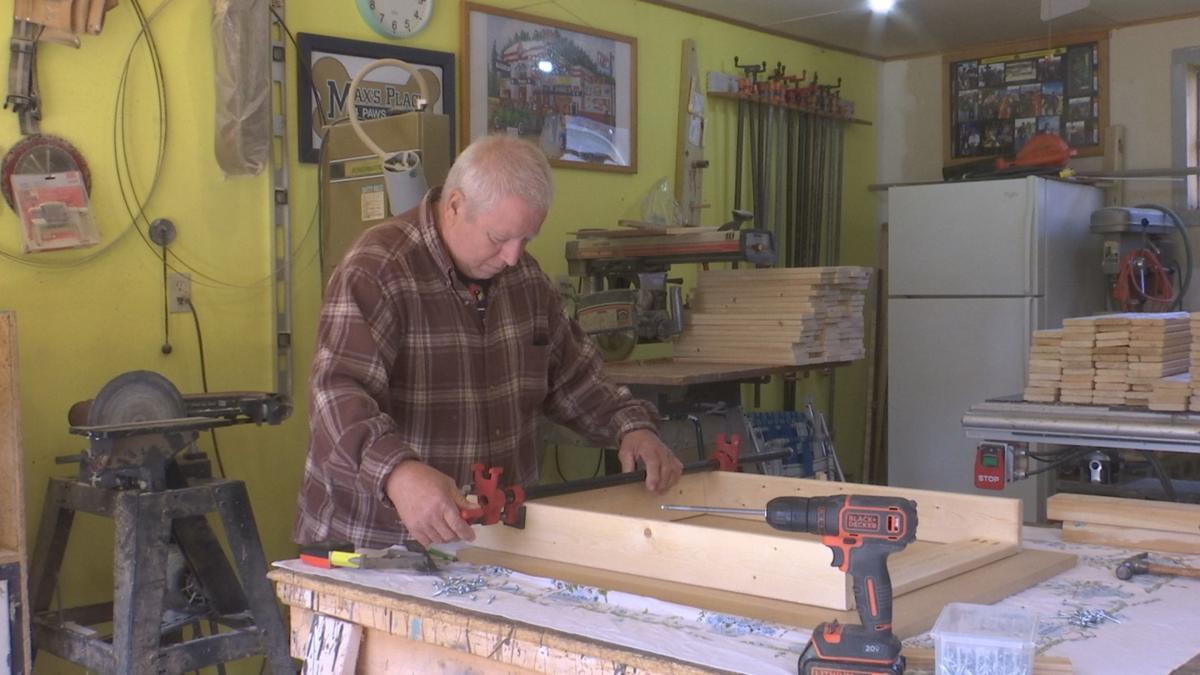 Jim Hollifield works on one of the desks he and his wife provide to local virtual learners to have in their homes. 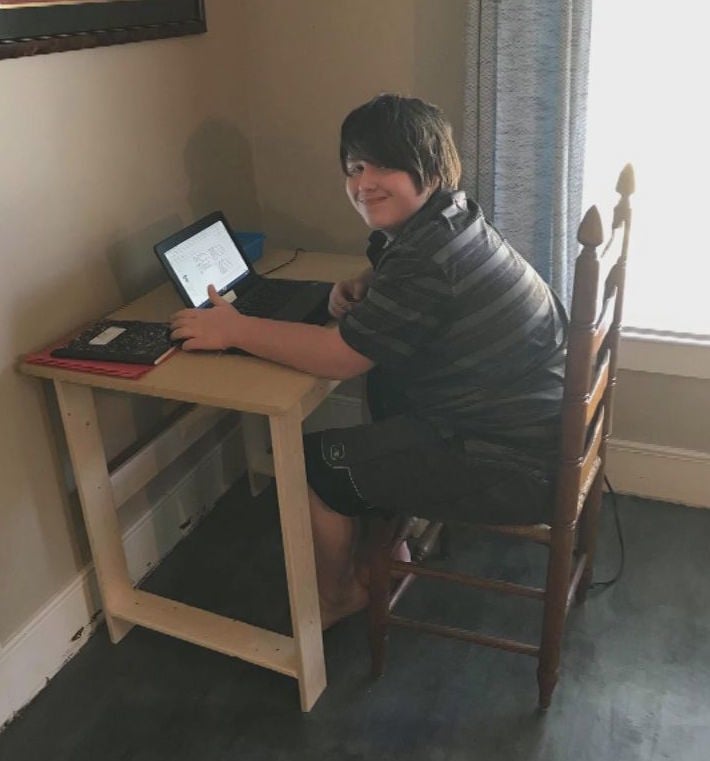 Jim Hollifield works on one of the desks he and his wife provide to local virtual learners to have in their homes.

Marshall County virtual learning students have access to a comfortable place do their homework, thanks to a local couple.

“It’s important for the kids to have their own space because we don’t know how long this is going to last,” Gloria Hollifield said. “You know, looking forward after Christmas break, we don’t know if they’ll be more virtual students, the need I think is going to be there for quite some time.”

Jim Hollifield is retired, but he has built furniture and other items for more than four decades. He got the idea to build desks after watching television one night.

“I was watching TV one night and I seen a young gentleman from Virginia making desks, and I sort of been bored this summer,” Jim said. “I told my wife, ‘I think I’ll make some of them.’ ”

He has built more than 150 desks since then, sending 100 out to school resource officers. “It takes longer to cut them all out and drill the holes in them

and everything,” Jim said. “After I get all that done, it takes me about 20 minutes per desk to put together, so I can put 10 to 12 together a day.”

The resource officers receive the desks and then get them to families.

Every school in Marshall County has received desks. Gloria also makes “goodie” baskets that go along each desk.

“It’s the ‘Nana’ in me, you know, if they’re getting a new desk, they need something new to put on it,” she said. “It’s not a lot, it’s a little basket with some pencils, crayons, ‘whatevers’ and of course a snack because everybody needs a snack.”

The couple says the desk is suitable for elementary, middle and high school students. Each desk also has a heart built into the desk which was originally meant to cover up a

“I made a mistake and drilled holes on the wrong side of the board, and I was trying to figure out what am I going to do now,” he said. “Well, I’m going to cut a little heart out and put it on there and so that’s how that happened.”

People from across the nation, Australia, and local businesses have sponsored desks for students. South Marshall Middle School eighth-grader Julius Brandon got his desk this fall. His mother, Natalie said it has been a big help.

“When he sits down at his desk, he gets right to work,” she said. “I think having his own dedicated space helps him get into school mode and focus.”

The Hollifields said they would love to continue to expand into other counties, but they need the community’s support to make it happen.

Each desk costs $16.23 to build. All of the money raised goes towards mak ng more desks. The Hollifields have set up a donation account at CSFB Bank under “Marshall County Desks.” You can also visit the Marshall County Desks Facebook page for updates and more information on the program.