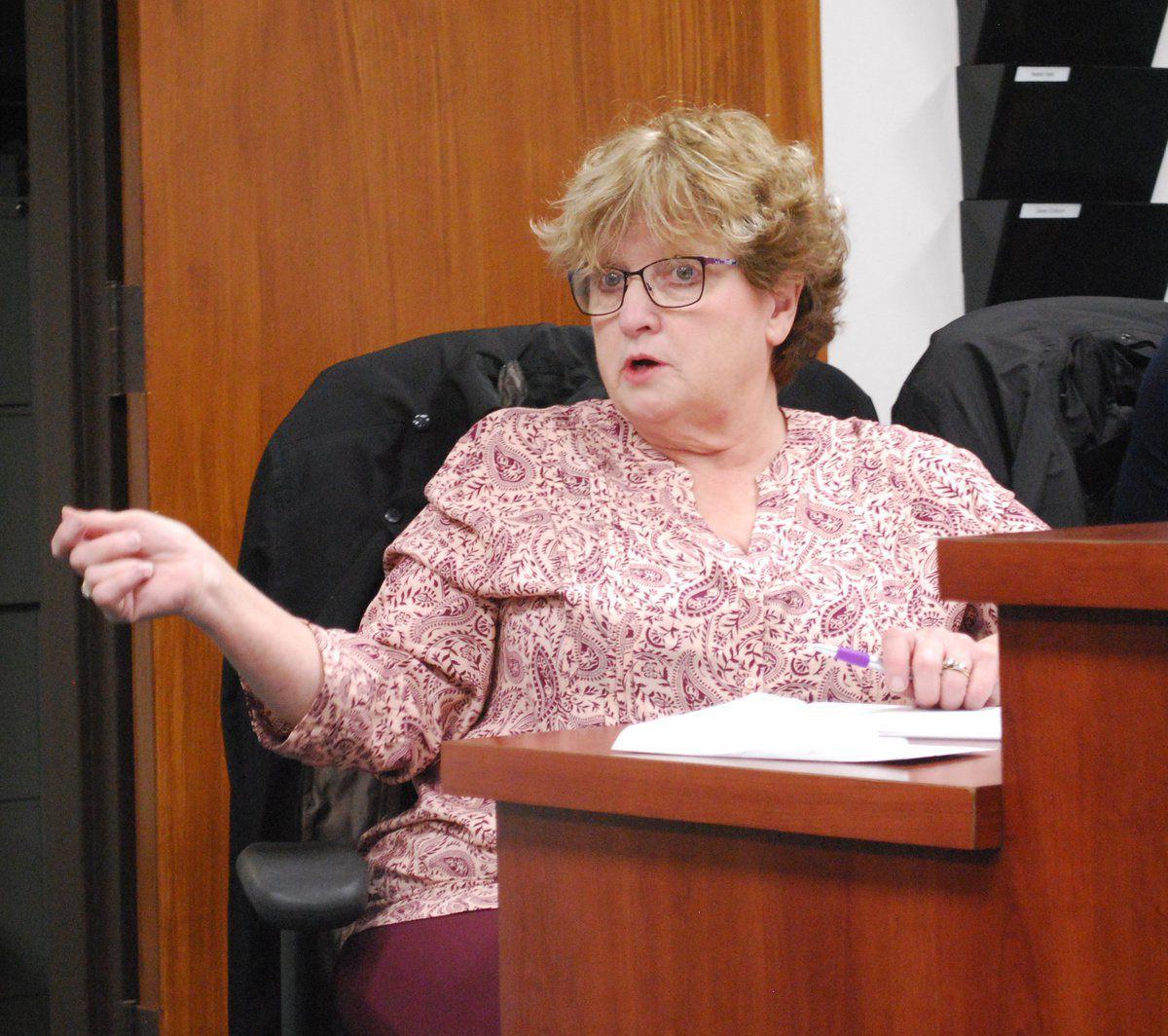 Calvert City Councilwoman Neeta Hale asked which options were acceptable for maintaining the street across dam in the Huntington Creek Subdivision.

Lucille Lane runs atop the dam on the far side of a lake in the Huntington Creek Subdivision.

Calvert City Councilwoman Neeta Hale asked which options were acceptable for maintaining the street across dam in the Huntington Creek Subdivision.

Lucille Lane runs atop the dam on the far side of a lake in the Huntington Creek Subdivision.

Calvert City appears to have solved a street issue pending since November, for now. At its Feb. 10 meeting, the city council agreed by consensus to resurface Lucille Lane twice as often as normally required and to monitor water issues causing its pavement to break up.

Pavement life is 18 years, said Matt Brawley of HDR Engineering. Lucille Lane -- in Huntington Creek Subdivision -- likely would require resurfacing every nine to 10 years because it was built atop a dam that retains water that impacts the pavement. In November, HDR recommended the city abandon a portion of the street. However, the lake created by the dam, adds ambiance to homes surrounding it, and a homeowners' outcry prompted the council to delay action and asked HDR to seek other options.

Last month, Brawley presented HDR's report showing a study costing $88,800 is needed to determine how to fix the dam. The dam assessment would include a hydrologic survey, evaluation of dam failure and breach analysis, operation, maintenance and inspections and an emergency action plan. At the November meeting, Brawley estimated rebuilding the dam to today's standard would likely cost a half million dollars or more. It was noted the dam wasn't built properly allowing water to seep into it.

At last week's meeting, Brawley reminded the council that HDR's first option would be the least expensive. That option called for construction of a cul de sac on Lucille Lane before the last house, close the road to traffic across the dam and enlarge the cul de sac at the end of Edison Drive. Brawley estimated that option would cost $20,000. Draining the lake was also mentioned at an earlier meeting.

"I know we don't want to drain the lake, we've talked about that, but is there anything that could be done as far as a wall or retainer wall or something that would keep (water) from the dam?" asked councilwoman Neeta Hale.

"Possibly a pond liner," Brawley said. "To do that, you'd have to drain the lake."

"If worse came to worse … if we did have to close that road because of the dam, what do you think about possibly having a cutoff at each end where you can't cross (the dam) in a vehicle, but could have a walking trail or golf cart trail? Would that be an alternative? Hale asked.

"It would for me," said one of several subdivision dwellers at the meeting.

"I've been there since '93, and the pond has never overflowed the road, so I question a lot of the engineering," said another man. "I think the main problem with that pond is the weight we're allowing to go across (the dam), with the trash truck and school buses."

Councilman Kevin Stokes said he has checked with the school bus garage and buses don't cross the dam.

Brawley said the problem with the road is the subgrade on which it sets. "As it gets wetter and dries, it moves, and when it freezes, it moves more," he said. "That's what's cracking the asphalt -- the moving of the subgrade."

After a 27-minute discussion, the council agreed to pave Lucille Lane more often and monitor the dam.

In other business the council:

• Heard a report from aviation consultant Brandon Tanner regarding the delay in installing a fuel system at Kentucky Dam Airport. The project, which is funded by the state, was originally scheduled for installation in January 2019. Tanner hopes to have the system installed between April and September. He reported that the state has allocated an additional $1.5 million for runway paving bringing the total state investment to $3.5 million.

• Approved an agreement with HDR for a storm-water drainage study of the watershed area that drains through an unnamed Cypress Creek tributary and runs from near 10th Avenue in Adamstown to the P&L Railroad north of 2ndAvenue west of Alaska Street. The cost is $32,200.

• Learned a study for a new water treatment plant is under way.

• Heard a report from Marketing Director Blair Travis that the International Mountain Bike Association will have a delegation here the first week in March. Travis is lobbying to bring the Tennessee Mountain Bike Championship to Calvert City in October. The race would likely attract 500 to 600 biking aficionados. Also, Travis is planning an eight-week summer camp series for youth 6 to 14 that will help students explore different careers. The series will be free for children who live in the city. Non-city residents will pay a small fee. A student from Murray State University will be hired to assist with the camp.

• Discussed drainage issues on Colorado Street and on Hickory Street between 6th and 7th avenues.

• Approved a resolution for state mutual aid of $53,162.22 for street paving this year.